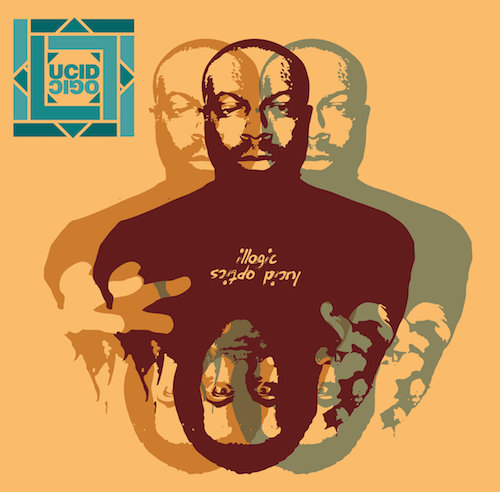 For at least 17 years running Illogic has been one of the most underrated and simultaneously critically acclaimed artists in hip-hop. Is that an impossible paradox? It should be. There is rarely an Illogic album that isn't worthy of being on your must own list, yet if you were to ask for any of his albums at a brick and mortar retailer they'd probably look at you funny. If you were to call in and request his music on your local radio station "where hip-hop lives" the odds are they won't have his records and perhaps wouldn't spin them even if they did. If Grammy Awards truly had the meaning falsely ascribed to them as "artistic genius" then Illogic would be able to line the mantle of his fireplace with trophies, then line the hallway of his palatial home with platinum plaques.

Thankfully those aren't the things that motivate the Columbus native born Jawhar Glass - his ego is not that fragile. Despite the impossibility of the paradoxical situation of being lauded as brilliant while having an audience consisting of what was derisively called "backpackers" in my youth (perhaps they'd be "hipsters" today) Illogic still persists for one reason - he makes art for its own reward and makes enough of it to get by outside of pop culture's grasp. That's a good thing given the pop scene tends to arbitrarily decide on a good flavor, chew it up and then spit it out with callous disregard once the flavor has faded. Illogic on the other hand doesn't need to cater to those tastes. He makes hip-hop music that's unapologetically intellectual and experimental, yet simultaneously avoids the elitist snobbery that often accompanies those smart enough to know how good they are at what they do. It's a balance that Illogic achieves so deftly that one could easily miss what a tightrope act it really is.

In yet another team up effort for the versatile rapper, Illogic has enlisted the help of producer Lucid Optics, a self described "composer gone producer gone rapper gone singer." He's also apparently gone off that retro nostalgia. The opening track of the self-titled "Lucid Logic" album sounds like it comes straight off either an old school Final Fantasy or modern day/vintage inspired Shovel Knight game. Illogic has no problem adapting to it and uses the opening of "Honey Dew" to encourage you to "nod your head a little bit." That's not hard to do at all - the track is infectious and the lyrics are no less than Illogic's normal high caliber. It's not just that he writes thoughtful clever rhymes, because if writing alone made a rapper I'd be Jay-Z. (See what I mean about ego run amuk?) Illogic has a charisma and breath control that puts him beyond just a good writer into that rarefied stratosphere of exception emcee.

"Now swing through and catch the vibe while I'm zonin
No need to worry 'bout this rap ish, we on it
Unconventional visuals cripple my opponents
Insisting you take some sustenance wit'chu, go 'head roll it
Divide and conquer, pillaging villages, leaving quotients
Idiot savants, a lot are going through the motions
Now blackface is the minstate of minstrel show devotion
No education, waiting on some type of magic potion
Fairy dust ain't gon' help you where you goin
Wherever direction the wind blowin"

There's magic in the air here from the opening note. Optics has that refreshing Madlib quality of coming up with completely unique soundscapes from one track to the next, and daring his partner in crime to flow to the dopeness. "Morning Come" seems like it would force Illogic into a box. It's slow, plodding, and bass heavy, nothing easy to spit his deft and loquacious flows to. Like the pro that he is he rises to the challenge and drops bars that start out carefully measured a word at a time, then he breaks free from the instrumental chains and starts rapid firing the flow like he was from Chi-Town instead of Columbus. Meanwhile our "composer gone singer" adds his own interesting presence to the beat and makes it a true meeting of the minds musically AND lyrically. The album is as pleasing as it is personal. Earlier I said that Illogic writes his raps for his own sake, and it's possible that having an audience for any of it is a happy accident at best, but I'm happy he trusted those listeners enough to share "Dear Alante" with us all. It's a heartfelt and moving piece of song to a brother he freely admits he doesn't even know, yet still feels compelled to share some advice and brotherly love with. Illogic confesses his own hardships and recognizes Alante will face many of the same, yet he still hopes his kin will avoid some of the pitfalls he did by listening to his wisdom.

"Came from the same father, different mothers, but brothers nonetheless
Bonded by blood and flesh, it's yours if I got something left
20 years my junior, closer to the age of my oldest son
Abandoned as a child - I understand, you're not the only one
I suffered the same fate, took the blame and internalized it
Excelled in extra-curricular ventures, hoping success would disguise it
But I just couldn't comprehend, what I did wrong
Fresh faced and clinically depressed, about your age when I realized it
but the page was calling me, never diagnosed, but all of me knew
to avoid going insane I had to verbalize the pain
And when it poured out it blessed me
but still wouldn't let me escape..."

If I was the kind of person who got tattoos, I'd probably write the line "Life's the art of drawing a self portrait with no erase" somewhere on my own canvas. That's the curious thing about Illogic - he makes music that's so personal that you end up relating to it yourself even though it's strictly his own experiences. Perhaps that speaks to the universal human condition we all live in. Again though none of this would be possible without Lucid Optics providing the perfect tag team partnership. "What's a Revolution?" betrays the title by being uptempo and snappy, with Illogic encouraging you to "move around a little bit" and dance to it, even as he vows to "teach you something along the way" at the same time. "Find a Way" mellows it out by bringing the speed down and letting Illogic deliver a seemingly stream-of-consciousness rap, yet he always brings the bars back to the beat even when you mistakenly think he's adrift on a musical sea. "Clones & Robots" defies any description other than Deltron 3030, which suddenly makes me want a collaboration I had never thought of before, and then there's "Stay the Course." Damn it, even a cynic like me has to admit how powerful this song is. Illogic is practically the preacher at the pulpit of dreams, refusing to let you go or let you give up on your hopes and ambitions. Part of me is tempted to say it's dangerous to raise those dreams higher in the era of POTUS 45, but if we don't dream then what's the point of living? Illogic isn't quitting on his dreams so don't you dare quit on yours. As the album winds down with "Slow Down (Act 2)" and the somber "Vampires & Inchworms," I'm painfully aware that the album is only 10 tracks and 35 minutes long. I crave MORE. Instead I will raise a glass of lemonade in salute to Lucid and Illogic and say "Cheers gentlemen, well done." After that I'm hitting "repeat" and starting all over again. You'll be doing the same thing.