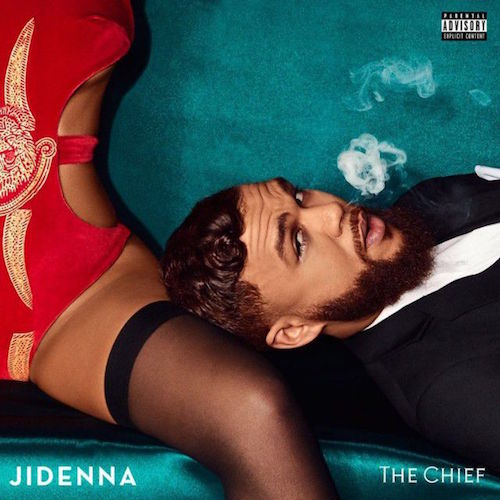 The distinction between hip-hop and R&B was much clearer when I was young. In fact it was so clear that I enjoyed it when "golden era" emcees made fun of singers, referring to the genre as "rhythm and bulls--t" among other derisive names. Rapping was always cooler to me. At first I didn't have the needed cognitive processes to break down why. I just enjoyed the sharper, more strident, more unapologetic edge of rap music. Later I began to articulate the differences in unnecessarily scientific ways. I'd point out that the word density of a rapped song was higher than one that was sung, and argue that rappers could tell better and more nuanced stories in the same amount of time than singers. This was a completely ridiculous point but it allowed me an undeserved sense of superiority for listening to a "more complex" genre of music, and I wore that chip on my shoulder like a shield as I got called unpleasant names for liking rap music. "Say what you want about me" said my ego, "because the music I like is simply better than yours."

An older and hopefully less conceited version of 'Flash' writing to you today is willing to admit that R&B has its merits too. There's an emotional nuance to a sung vocal that can strike a chord, though the ability to touch your heart does not come to every singer, or every song that's sung would automatically make you weep. Singing and rapping are both talents that you might be born with, but they are also not talents that are effortlessly applied. Just like the NBA player who shoots a flawless three pointer, you don't see the thousands of hours he spent practicing to hit that beautiful arc that softly swishes through the net. Great artists from either genre spend a whole lot of time honing their craft. They perform in dingy clubs. They release free mixtapes. They try out different styles. It's a process that takes time, which is why people who make it overnight tend to disappear overnight as well. Those who put the effort into their craft aren't always rewarded (if they were then J-Live would be worth more millions than Birdman) but they should definitely be respected. Singing and rapping both have one thing in common with pimping -- it ain't easy.

Is Jidenna Theodore Mobisson a singer or a rapper? As I alluded to in the first paragraph, those distinctions are becoming more blurred. A lot of the time listening to "The Chief" I think of Jidenna as a rap artist, particularly on strident and bass reliant tracks like the Best Kept Secret produced "Long Live the Chief." Jidenna's interesting childhood included nearly being kidnapped in Nigeria when he was 6 years old, and meeting Bill Clinton when he was only 17, and given the wide disparity between those two and all that he accomplished (graduating from Stanford AFTER turning down Harvard) and all that he suffered (losing his father in 2010) has shaped Jidenna into the cocky 32 year-old he is now.

"Momma put a little money in the mattress
Taught me how to make a silver spoon out of plastic
You can either sink, swim, or be the captain
Get the last word, I'ma get the last laugh in
Now they say 'Jidenna why you dressing so classic?'
I don't want my best dressed day in a casket
You can either lead, follow, or get out the way
Make a f---in move it would make my f---in day
Got a hundred year plan you just think about today
Always been about time more than been about pay
Can't rump with me, +Usain+ couldn't run with me
Chief come to find you, you don't come for me
At best you can run a little company
Nigga at worst I could run the whole country"

If you heard the Roman GianArthur, Nana Kwabena and Mark Williams produced "Chief Don't Run" first though your perception of him would be "R&B singer." It's a little bit AutoTuned but certainly not to the degree songs by Fetty Wap often are. The track has a light and catchy feel that wouldn't be out of place in a breezy Carribean or reggae mix. It's tailor made for the dance club and your local pop radio station. It's not out of place between Imagine Dragons and Rihanna. A better question than "How do we categorize Jidenna?" might be "Why do we even NEED to?" On songs like "Bully of the Earth" he effortlessly switches back from one to the other, not stopping for a second to wait for you to define what he's about. On "The Let Out" he combines the swagger of a trap rapper with the sing-rap of a French Montana (with much better lyrics) while on "Bambi" he croons like a Rat Pack singer who was crossbred with Sister Nancy (BAM BAM). I'd like to humbly suggest to you that while the differences between R&B and hip-hop music still matter to those who feverishly work to perfect their craft, there's a third wave of artists who are comfortable being somewhere in the middle who can do both without apologizing to either genre. Jidenna is good enough as a singer that if he did it full time I'd respect his hustle, but I like his wordplay, breath control, punchlines and swagger as a rapper enough that he'd be just fine only rapping. That he chooses to do both and do them both well shows he won't be defined by you, me, or anyone else. He rejects those definitions just like he rejected Harvard and follows his own path.