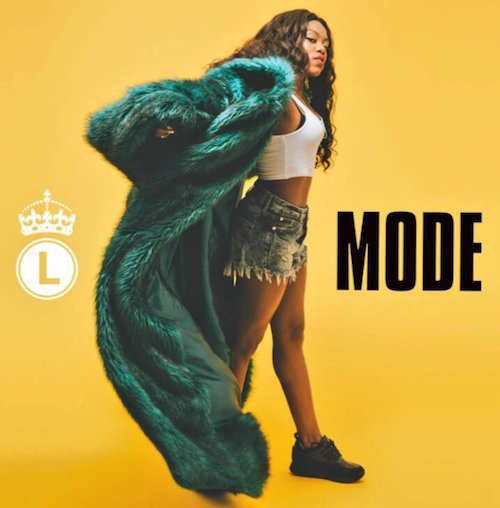 Social media platforms have created so many avenues for rap artists that it's hard to keep count of them all. Lady Leshurr's a key figure within British rap music thanks to her wildly popular one-take videos released on YouTube; known as the "Queen's Speech" series, each episode sees Lady Leshurr (pronounced Lee-Shur) poking fun at a range of targets while walking in odd locations:

Episode 4 is the most popular and conveniently, the best one. Anybody who turns a song instructing you to brush your teeth in to a catchy, viral hit, clearly has something special about them. And it didn't just remind some youths to break out the Colgate, but landed Leshurr's mother a mortgage in the process. Dental hygeine is a common theme amongst Leshurr's rhymes, as is putting down other females and particularly thirsty males. Songs like "Y R U Lyin'?" and "Trust Nobody" highlight a level of professionalism you'd not normally expect from a YouTube sensation, but the levels of confidence and vocal authority on display are executed convincingly. "Glucose" ends the 6-track EP on a high, showcasing Lady Leshurr's versatility over a punchy party-rocking production with more than an element of early Dizzee about it.

Inevitable comparisons with Nicki Minaj and Missy Elliott can't be seen as detrimental, particularly when Nicki recently followed Lady Leshurr on Twitter. Amongst all the tomfoolery and topical references, there's a vicious emcee showing remarkable growth over a short period of time. 2017's "Mode" is an EP possessing all the traits from the Queen's Speech tracks but because the videos are so entertaining, part of Leshurr's charm is lost in audio-only format. More personal moments ("F My Ex") demonstrate some purpose to the juvenile insults, but the addictive hooks are what make "Mode" worthy of your attention.

The future looks bright for Leshurr, having already collaborated with Godfather of Grime, Wiley. The family-friendly approach is brave but one that needs to be catered to and Lady Leshurr manages to deliver a lyrical performance without sacrificing any credibility in the process. "Mode" is catchy, fun and a necessary antidote to a lot of grime music coming out in 2017, but it won't be to everybody's taste. Regardless, you can't deny how good the latest "Queen's Speech 7" is. Music Vibes: 7 of 10 Lyric Vibes: 8 of 10 TOTAL Vibes: 7.5 of 10