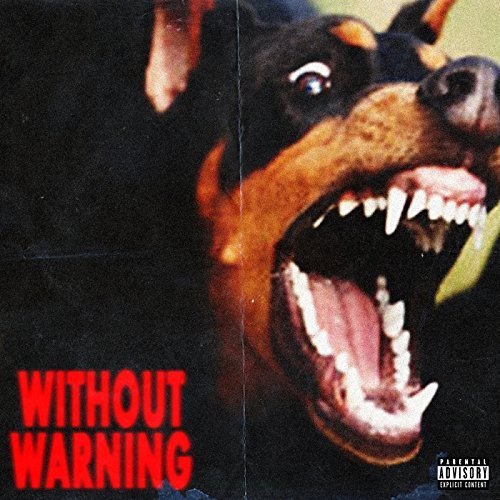 A few months back when I reviewed 21 Savage's major label debut I noted that "Metro Boomin (produced) over 50% of the beats" on the release. On "Without Warning" that percentage was upped so substantially that Boomin actually wound up with billing on the cover of the album. The 50% number still comes into play though as 5 of the 10 tracks here are CO-PRODUCED by M.B. along with somebody else - Cubeatz, Bijan Amir, Dre Moon or Southside. Since I have no way of knowing where their contributions end and M.B.'s begin I'm just going to roll with him as one third of a trio. Who's the other third though? That would be Offset from Migos, who seems to be putting in overtime on his hustle ever since getting out of prison just over two years ago.

The first song that caught my ear off this album was "Ric Flair Drip" - a pro wrestling inspired track well timed to catch a publicity wave stemming from Flair's ESPN 30 For 30 special. Multiple hip-hop artists were interviewed throughout the course of the special, all stating that Ric Flair's cocky strut and personality were an inspiration for their own larger than life attitude and swagger as rappers. This song became so big that even with no official video, the official audio track alone did 11 million views, and much like Savage caught the "WOOOO" wave a lot of dancers blew up with their own videos just dancing to the song.

There's no official first single from the aptly titled "Without Warning," a new album that came without any indication it was being worked on, clocking in at just barely over a half hour long. That's probably a fair indication of how everyone involved could turn it around so fast, along with the fact that guest appearances were kept to a minimum with only Travis Scott making a cameo on the opening number "Ghostface Killers." So how does "Without Warning" stack up to the "Issa Album" by comparison? The truth is it might not be a fair comparison at all. "Issa" actually is a fully realized album that's nearly twice as long, presents 21 Savage as the actual star without any co-crediting on the cover, and established the Atlanta prospect as more than a regional star by putting his style out nationally and worldwide. The good news is that the consistency Metro Boomin brought to that debut is even more fully realized by having him take full control behind the boards. The bad news is that with 21 and Offset taking turns being the star, it's hard to discern who really shines. Savage seems like the man on the money getting anthem "Run Up the Racks," but Offset is the clear star on "Nightmare" with his trademark tuned Migos style. I'm really feeling the idea of them working together - hip-hop needs more collaborations and less beefing - but it's Metro Boomin who actually winds up shining the brightest with his dark grimy soundscape. The "Issa Album" was a full course meal while "Without Warning" ends up being more of a snack.