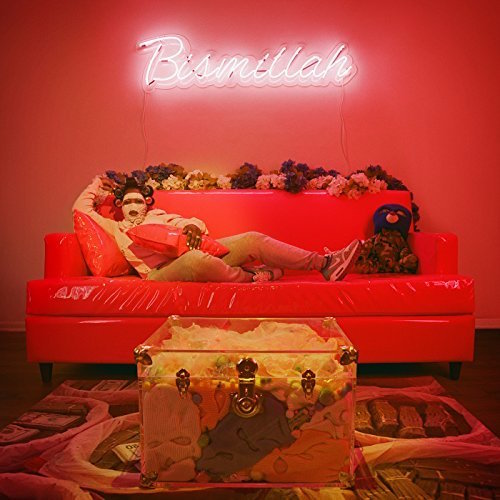 In the wake of Rick Ross's exceedingly wack explanation as to why there were no women signed to his label, Pitchfork published an article that listed all of the rappers signed to the biggest major and independent rap labels, and the number of female rappers signed to each. The results were appalling. By my math, less than 2% of the roster of the major rap labels are women, and that includes indie stalwarts like Mello Music and Rhymesayers.

While it's true that hip-hop has always been dominated by male rappers, there have been significant female rappers throughout the genre's history. Moni Love, MC Lyte, Queen Latifah, Salt N' Pepa, Da Brat, Lil Kim, Eve, Remy Ma, Lauren Hill, and Missy Elliott have all made huge contributions to hip-hop, and those are just the ones who have sold a ton of albums. Yet for whatever reason a female rapper like Nicki Minaj breaking big hasn't led to a subsequent rush to sign more female rappers in the hopes of striking gold. They are seen as a fluke, an anomaly, a blip in the radar in between the legions of male rappers. It's only in the last couple years, with the internet tearing down the walls erected by the record industry, that more female rappers have come to the fore.

Enter Brooklyn rapper Leikeli47, who has been putting out stuff since 2012. She immediately stood about from the pack because of her fierce lyrical skills, her banging production, and, oh yeah, the fact that she performs wearing a mask. It says something about her that the mask is the least interesting thing about her whole package.

"Wash & Set" was released on a major label last fall, but fell under the radar. Her most streamed song on Spotify ("Money") has just under 4 million streams, which puts her firmly in indie/underground territory, along with Brother Ali and Freddie Gibbs. That's not nothing, but it is a far cry from the tens of millions of streams that more popular rappers have, artists who Leikeli47 could rap circles around. Who says life is fair?

Lekeli47's music is a little bit like the oddness and swagger of Missy Elliott mixed with some serious Brooklyn attitude. From what I can tell, she handles the production on this album, and her beats tend to be sparse and banging. At times it's reminiscent of the Cool Kids; "Bags" and "Money" have that same stripped-down old school feel that "Gold and A Pager" had. She also goes more club on "Attitude" and "Milk." Just when you think you have her nailed down, she'll throw a curveball, offering a convincing dancehall track ("Bubblegum") or R&B tracks ("Ho", Elian's Revenge"). Even her conventional anthem, "2nd Fiddle," gets thrown on its ear with Leikeli47's off-kilter humor, quoting Rickybobby's daddy from "Talledega Nights."

What you don't hear a lot on this album are songs about dudes, beyond the ones she's changing her phone number to avoid. She doesn't do a lot of pining or seduction. Just as she avoids being oversexed in her presentation, so she avoids it in her music. This isn't music to make boys like her. This is about feeling confident, celebrating the success of herself and her friends, and wearing designer clothes. There is an entire track, "Braids Tu 'da Flo(w)" that calls out all of her friends' successful small businesses.

Leikeli47 is proof that women can hold their own just as well as men in hip-hop. She's a whole package; a rapper, singer, and producer who can toe that line between club rap and something deeper. It's unfortunate that his album was slept on. Do yourself a favor and rectify that situation immediately.