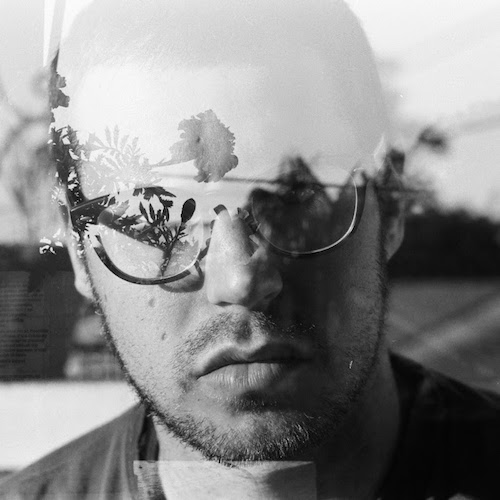 A few people who know me personally understand that I'm prone to vent about the number of bad press releases I receive. The fact I get hundred of e-mails every week would be overwhelming if I wasn't automatically throwing 80% of them in the trash. One person I won't name said "I sorta represent this artist." My first thought was "You're NOT EVEN SURE you rep them? Then you're SORTA wasting my time." I'm not saying I'll kill your submission for more than one typo but I'm also not saying I won't. I'm not saying I won't ever take an album from someone I've never heard of under consideration, but if your first single is "F--k That Hoe," I suspect there's neither enough lyrical depth or musical thought put into it to hold my interest. You don't have to be represented by a professional publicity firm to get my attention, but you do have to put together a good presentation. "Flash I know you're gonna love this one" doesn't work. EVERYBODY says that.

Not everything that escapes the delete key though turns out to be worthwhile. Even when you separate the wheat from the chaff, you can still end up with some badly baked bread that should have been fed to the pigs. At first glance Grosser's "C" had the look and feel of a quality project. He had a solid PR company behind him that made a very professional pitch with a full press kit and the option to either stream or download his album (options set you apart - forcing people to stream is a bad look). Grosser's bio noted that he hails from New Orleans, a hip-hop area that to me is far often underrated or overlooked, so that gave me a reason to take a second glance. Said press kit noted that he also works as a DJ throughout the city, produces and engineers his own music, and has opened for the likes of Freddie Gibbs and YG. I have to admit those are very solid credentials. "C" had all the appearance of being a project that would be interesting to listen to for review.

Unfortunately the best thing I have to say about "C" is that it's short. The entire album is 23 minutes in total, with the longest song "Virus" clocking in at 3:44. I had the perhaps unreasonable expectation that a self-produced N'Awlins artist would show me some of the bounce and swagger of rappers like Juvenile or Mystikal, the pop crossover sensibility of Lil Wayne or Kevin Gates, or the intelligent gangster flows of Big Mike and Webbie. Grosser offered me none of these things. The album's second longest track is the lead single "On Go," and since I had previously shared a press release from the same PR firm about the song, I gravitated toward this one immediately. It's also as close to good as Grosser gets. Bear in mind what I'm about to say is not high praise -- Grosser raps like a cross between Enzo Amore and Master P. He has neither the punchlines of Mr. Arndt nor the catchy "UNGH" and "Bout It Bout It" of Mr. Miller so what you're left with is a raspy growling Southerner who brags that he'll "last forever" when one minute of him is all of forever I need.

Since Grosser is a self-produced artist I will say there's SOMETHING about him I like. "On Go" has a nice bass bottom that would sound good in your car, and while the melody and chorus seem a bit odd, they hold the song together more than the emcee. Now is the time for some bad news though - "On Go" was the peak of the entire album. "Run" is absolute nonsense. Grosser deliberately whispers over some randomly chosen synthesizer chords, and while that's not really a loss based on what came before it it would certainly have been easier to critique lyrics you can actually HEAR. The ones you can hear aren't great though. Once again "Underground Carnival Part 2" has enough bass reverb that you could actually test your woofers with it, but the track feels like a selection of random elements thrown together like YouTube Poop. Grosser starts flowing like an AutoTuned wavy French Montana and it's not good enough to share here.

I had someone compliment me recently about how I'm "diplomatic" when it comes to my album reviews. I suppose that's fair. I always try to look for the nicest things I can say about an artist when and where possible. I realize making music is art and after all art can be subjective. What one person sees as splotches of paint thrown at a canvas, another will see as a brilliant juxtaposition of color and shape that speaks to the chaos of our modern society. It's all in the eye of the beholder. I can only be honest here and say that what I behold on "C" is far less than I had expected going in. Grosser's probably got a limited regional appeal if he keeps making music like this. He'll continue to be an opening act for bigger names that tour his city. As a producer he does have some potential if he tightens up the work and shies away from imitating the trendy sound of today's mush-mouthed rap singers. That's me being more diplomatic than Jim Jones and Juelz. Maybe Grosser can get better from here, but his press kit says he's been doing this for five years, so my confidence is not sky high.