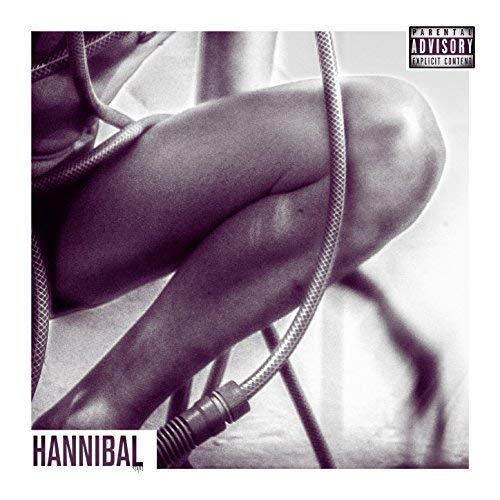 This album was presented to me as "the newest project from mysterious Danish rapper Hannibal." I took that as a challenge. It's not very often I get sent albums to review in a language I don't speak or understand, let alone ones billed as "mysterious" that might be even harder to comprehend. Once I downloaded his press kit, I wondered if I had been deceived. This is the very first paragraph of his bio and apparently it's self-written: "As long as I can remember, I've wanted to be a singer. I swear it's the first thing I ever wanted to be. It still is." Okay... so WHICH IS IT Mr. Hannibal? Are you a mysterious Danish rapper, a singer who aspires to be like Kurt Cobain and James Hetfield (both Nirvana and Metallica are mentioned in the bio), or both?

BOTH is the correct answer. There's a decided lack of "mystery" though since the great Dane is both rapping and singing entirely in English, so everything is coming through quite clearly -- perhaps TOO clearly. I started with the single "Good Dreams" and it was the most generic and paper thin imitation of Frank Ocean I've heard in a good long while. He's aiming for "soul" but comes up somewhere so far short that he doesn't even hit the glass - the ball sails straight over the backboard toward the crowd.

Hannibal tries to prove he's hip though by doing a two part "Molly" song, crooning his way through part one, then using a VERY obvious rip-off of Big Pun & Joe's "Still Not a Player" instrumental in part two. I'm still not impressed. I think it's "Like This" that puts a nail in the coffin, but let me give SOME praise where it's due. The instrumental is clean and well polished. The vocals are EQ'd correctly. Hannibal is not mumbling or stumbling over himself as he flows -- it probably helps that he's going super slow but again I said I'd give credit where it's due. Unfortunately with all of that working in his favor the "mysterious Danish rapper" has nothing interesting to say.

"Seashells and postcards
So much for lifeguards
A shark ate some big boats
Big loss, but who gives a f--k?"

Not me brother, not me. It's hard to be too hard on Hannibal because it's not his fault that a publicist eager for a review set the wrong tone for listening to his music from the jump, but it's still not that good with or without that unfortunate precedent. His rap skills are rudimentary at best and his singing just doesn't interest me, so this ends up being a polished but utterly forgettable 20 minutes of music I'll quickly delete.