:: APOS Music
** RapReviews "Back to the Lab" series **
as reviewed by Zach 'Goose' Gase 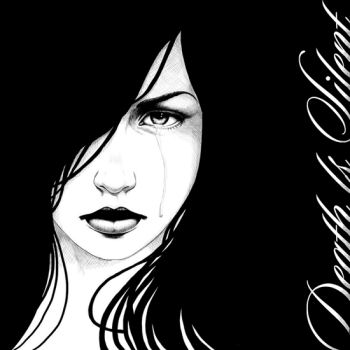 As the summer winds down and we trade in our tank tops for hoodies, our flip flops for boots and our swim trunks for jeans, I also like to make a transition in the music I listen to. While the summer is often filled with big anthems and catchy pop songs, I like the autumn months to be filled with darker, more introspective somber music. It's also nearly the three-year anniversary of one of my favorite fall albums of all time - Kno's "Death Is Silent."

Those familiar with the CunninLynguists and their catalog know that Kno is among the best producers of the past decade (that's not at all a hyperbole for those folks who are unfamiliar with their music). Fans of the 'Lynguists may also remember that prior to Kno's 2010 solo debut "Death Is Silent," he very rarely rapped on their albums (especially on "A Piece of Strange" and "Dirty Acres"). It certainly wasn't due a lack of skill, as he stole the show on tracks like "Brain Cell," "Georgia" and "Things I Dream." He explained that he didn't feel the need to rap on those records (also Deacon the Villain and Natti are extremely talented and underappreciated rappers). But it seemed as though Kno was withholding some of his best raps he's ever written for his solo project. "Death Is Silent" is filled with some phenomenal rapping, including technically outstanding rhyme schemes, double entendres and a wide range of flows:

"An eye for an eye so we're bound the same
The candle's lit and now you're going down in flames
To rise like a Phoenix, the sound remains
And rigor mortis sets in
Now I'm your best friend
My destiny's with Persephone
So its only right you get the best of me
Or what's left of me
Rest in peace to the lifeless
Closed casket, you don't want your fam to see you like this
Your body fights in a desperate act of self-preservation
Gettin off at your Final Destination
Respiration is strained, take your last breath
As we exchange these Faces of Death"

"Death Is Silent" is unabashedly sinister and dark - both lyrically and production-wise. Death is a major theme throughout the record. On "If You Cry" Kno mourns the loss of his grandfather, he regrets going through with an abortion on "Spread Your Wings" and he even depicts his own demise in great detail on the climatic, Tondeff-assisted "I Wish I Was Dead." "Death Is Certain" is one of Kno's strongest bodies of work, in terms of beat making. He uses several eerie vocal samples including the demonic sounding sample on the creepy instrumental track "Smile (They Brought Your Coffin In)."

Kno's solo debut album is one of the most brooding albums I've ever heard, and it's something of a personal classic - it was even released on my twenty-first birthday. While I would argue that there are several CunninLynguists songs and even full-length projects that could be accepted by large audiences (yet they are tragically not), Kno's "Death Is Certain" is very niche. It's unquestionably a project that means a lot to its creator and is very important to the fans of the record, but its extremely dark tone is not for everyone. But despite its darkness, Kno ends the album with a shred of light and optimism with one of his best verses on "Not At the End":