:: Illect Recordings
** RapReviews "Back to the Lab" series **
as reviewed by Steve 'Flash' Juon 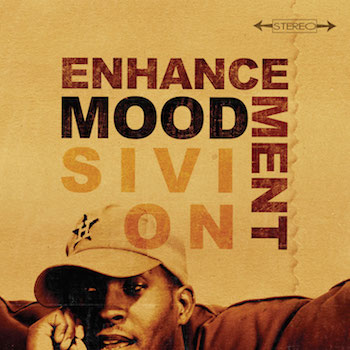 Long time Texas and Deepspace5 based rapper Sivion has stayed consistently busy over the last decade+, dropping a new album just over a year ago which only garnered one major complaint from Grant Jones - there simply wasn't enough Sivion on said album. He gave up too much of the spotlight to his friends and compadres who took up the time that should have been his to shine on "Group Therapy."

Digging back into the archives of Sivion's previous work, it turns out that this wasn't much of a problem on albums like "Mood Enhancement." In what might be a wry twist of irony, there's almost too much Sivion on this album. "Mood Enhancement" clocks in at a hefty 71 minutes, and only 7 out of the 23 tracks feature a guest star. If you were looking for the unadulterated Sivion with no additives, preservatives, fillers or byproducts "Mood Enhancement" would be your pure organic product. Sivion shows off another purity on "The Name Game" - his pure passion for the Lord.

"Aiyyo you can call him Jesus, Christ or the Messiah
But either way it is his love that takes us all higher
Cause some emcees are close to the day they should retire
because they can't stand the fire - GET OUT THE KITCHEN!
But did I mention, my heart's tested by the flames?
Bless his name, cause of his grace never the same
Transformed from the inside out, saved from closed range
By the blood he drained, cause cocaine could never sustain
the type of high we claim..."

Perhaps somebody should have told Jon Jones to embrace the Lord instead of the piper. Anyway if you're worried about Sivion being a "preachy" Christian emcee then you probably haven't heard any of the other Deepspace5 affiliated albums or Illect Recordings releases. It's a theme - it's even a prevalent theme - but it's not sitting in worship at Sunday service. Sivion's style is "lyrical combat, in contact with the spiritual elements/dwelling in melanin." "Rappers think they clever but they not know me
Try to diss me but my spiritual light shine free"

Put simply Sivion is positive without being cornball, a feat that is far too rare in hip-hop these days. He's even a soulful saxophone player, something he takes the time to show off on the jazzy swinging instrumental "Right There in Left Field."

There are some people out there who are automatically not going to want to give Sivion a chance because of the (ironically) negative stereotypes about Christian rappers. Sivion's flow is admittedly "off the wall" though and comes across more like a member of the Freestyle Fellowship than an emcee pounding the pulpit. With the funky Native Tongues vibe of "Fly So High," the mellow musical harmony backing the outerspaced lyricism of "Easy Flow," the all-star Deepspace5 posse cut "Down But Never Out" and the ultra smooth "Father Time" featuring LaConda it's hard to go wrong. I can really only find one major drawback to "Mood Enhancement" and it's that you need to have a long time to chill and enjoy this album all the way from the start to the end.