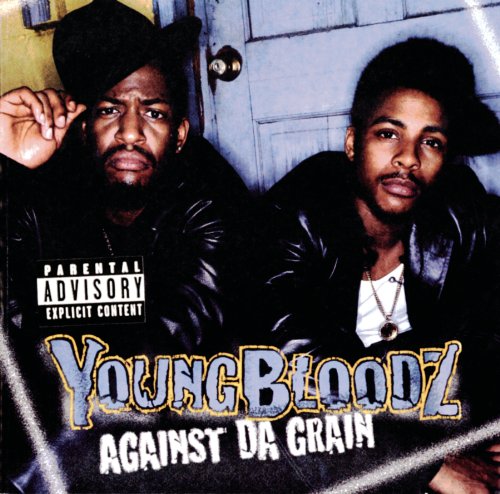 You may remember this crew from their humerous debut video “U-Waaaay” which was a Dirty South football game complete with a halftime for a 40 ounce sports drink (their motto: “Get slizzard with it!”). This native Atlanta duo though (which revolves around members Sean Paul and J-Bo) runs much deeper than that.

Just check out “Pop Pop Pop,” a year 2000 tribute to Ice Cube’s classic “Steady Mobbin'” with pure Southern flavor. Like the truest of all gangsta rap, Youngbloodz tell the story and pull no punches – there is no “bling bling’n” – the daily grind and the consequences. Or check out the smoothed out funk of “85” – the first original ode to a woman that’s “fine as he-ah-ell” in a long time. Don’t let the humerous cameo appearance by OutKast’s “Big Boi” fool you – his “hail mary’s to field goals” verse is tight but Youngbloodz are the ones putting their weight down here.

Throughout this album, Paul and J-Bo continue to put it down over smoothed out beats with reality raps that are accessible. Youngbloodz have skipped over the most traditional (and frankly boring) parts of da grind – they don’t brag to be the biggest dealers or have shot the most fools – they just want to make you get krunk in the club. Chunky songs like “Hot Heat” and “Down Heya” will have you wondering why Goodie Mob didn’t take that left turn at Alberqueque; while “Thangs Movin’ Slow” and “87 Fleetwood” may have you wondering what ever happened to Ghetto Mafia (you remember, dem boyz that flossed “In Decatur”).

Smooth beats, unoffensive ghettonautic hustling, and the truest essence of that Bout It Bout It funk will keep you bouncing your head from North to South no matter where you live or which way you travel on 85. As a special bonus, a Cash Money remix of “U-Waaay” will have you whispering “Wodie, Shawty” and bucking like a true hot boy or hot gul. Cop this album and get slizzard with some of the A-T-L’s finest!