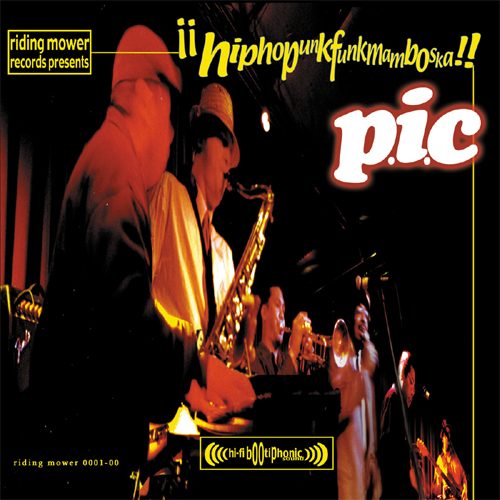 It has often been observed that, while being quite an original matter, hip-hop musically is indeed a melting pot of a lot of different ingredients: soul, funk, r&b, rock, jazz, and latin music have all helped spice up and season this stew. But with its rise to popularity hip-hop slowly but surely started to influence the music styles around it. Just look at how many rock bands have a deejay in their line-up, how many of their frontmen are rapping instead of singing, or how closely contemporary r&b has followed hip-hop in anything from the image to the music. Not to mention all the cross-genre collaborations done for commercial reasons. If we leave the world of pop, there are musicians (vocalists and instrumentalists) all over the world that have showed interest in hip-hop. One prime example is jazz giant Miles Davis who began working with a hip-hop producer just before he died. Many musicians will be attracted by the more musical-intellectual aspect of rap and hip-hop. But there are others that recognize their partying peers. Rappers (should) know how to rock a party and some bands are aiming to do just that.

It seems that New York’s P.I. Crew has exactly that purpose. Entertain yourself by entertaining others. Funny then that the band is the result of a school assignment: members Sulu, Rice and Un-G were to play a fictional rap crew called “P.I.” for a NYU film school project in ’92. To obtain footage they played a number of shows, playing their parts that well that they had audiences thinking they were a real band. More performances ensued and the film project became a music project. But don’t let their accidental origin fool you into thinking that P.I.C consists of actors-come-rappers or film students who suddenly found out they were musicians. Current members Rice (keyboards), Sulu (rap, trumpet), Un-G (rap, turntables), J-Bomb (rap), Horny Jeff (sax) and Rick Fingers (bass) are all skilled musicians individually and experienced enough to come together as one.

Their music has possibly evolved from a curious mixture being invented for a pseudo-documentary into what they now call ‘hiphopunkfunkmamboska’. Don’t bother looking for the ‘hip hop’, the ‘punk’, the ‘funk’, the ‘mambo’ or the ‘ska’. It’s probably all there. But that’s not the point. P.I.C are not the product of marketplace research and marketing strategies. But they still aim to please as many people as possible. That’s the purpose of a party band. So don’t expect any avantgarde fusion of different genres from “Hiphopunkfunkmamboska” but a tight-knit musical structure where the raps are just as much a part.

You should also not expect a lyrical frenzy. Instead of trying to copy any master MC’s, they find their own verbiage which is refreshingly simple. If sometimes it sounds a bit funny I hope that’s not due to a ongoing rap parody, because they should have dropped that by now. Some of the vocal performances even have a Freestyle Fellowship type of originality, if they would work on that, they would become a bit more interesting to the hip-hop crowd. But let me say it’s good to hear rappers who don’t think of themselves as the center of the events. Rightfully so. The main attraction here is the band, and if you take into account that great bands often lose some of their live drive when they enter a recording studio, then P.I.C must be one hell of a live band.