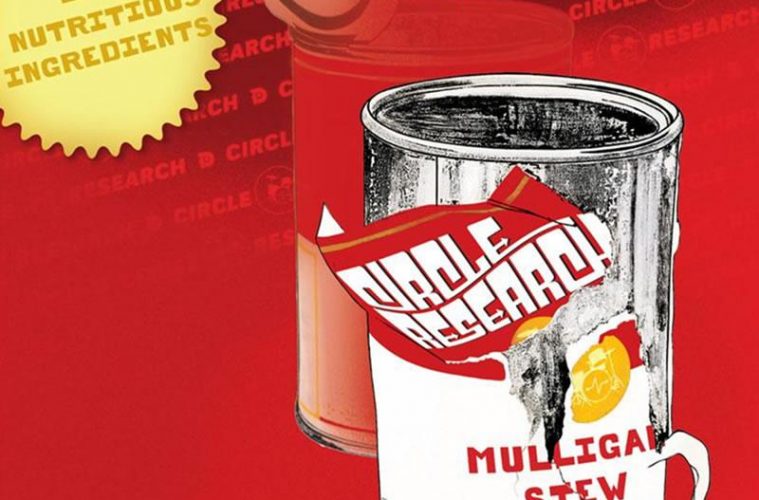 On the real, as much as a journalist endeavours to remove himself from the haze of bias that obscures critical objectivity, he inevitably faces the fact that it’s a ghost that he can never escape. Such is the case here, considering Circle Research has been my favourite crew in Toronto this side of the Oddities for as long as I can remember. Quirky, irreverent and nice like Greg, they have finally unleashed an official audio document, an exemplary example of their organic and no-frills approach to boom-bap.

A sparse collection of random material, some previously heard (like “Bridging the Gap,” previously available on vinyl), some brand new, the album functions on a similar plateau as DJ Serious’ “Dim Sum,” a showcase of some of Toronto’s finest wordsmiths waxing poetic over Nix and Astro’s soundscapes. The keyword for the production on this joint is warmth. Fuzzy synths coalesce with maracas and thumping bass on “Bridging the Gap,” while plucked strings are married with that same bubbling low-end and intriguing polyrhythms to complement Psy’s off-kilter, complex flow on “Psy’d Track’d.”

The organic, welcoming sound of the album will invariably envelope your ear lobes and transport you to an era that predated today’s wanton elaborateness and excessively edited overproduction. The snares and hi-hats are crisp, the strings, synths and pipes are clean and fresh, and the low-end takes prominence in the mix, leading to neck-snapping excursions into unadulterated, stanky funk. Of particular note is the Bambataa-informed Asicks solo “Makin’ Me Itch,” complete with enough cheesy synth flourishes and Cold Crush-ishms to make you want to strap your roller skates on.

Lyrically the material on offer here is painstakingly earnest- often self-deprecating, always honest and reflective, but sprinkled with the trademark wit that is so prevalent in Toronto rap. Abs presents an introspective affront to rap’s present fixation with materialistic excess in “Cumbersome Trinkets,” dedicating an entire verse to his excessive footwear collection, remarking as a conclusive statement that “My name isn’t Imelda.” The sneaker motif manifests itself again in the clear highlight of the album- resident CR emcee Asicks’ “Foot Fetish,” as Ace’s labyrinthine flow glides effortlessly atop a downtempo, infectious Nix track, revisiting such legendary models as the Georgetown Terminators and ice Trainer SCs, all wrapped up in neat cuts of Nas’ classic exclamation: “It’s only right, I’m an addict for sneakersâ€¦” Also of note here, and a distinct break from the otherwise whimsical feel of the album, is the ever-eloquent prose of Pangea Project’s griot Kamau on the evocative “Wasteland,” delivered atop a dystopian, gnarled bass line and mournful violins.

Clearly the album is not devoid of shortcomings- D-Sisive’s “I’m Not,” while well-intentioned, becomes painfully monotonous and gratingly repetitious, while the stale braggadocio of Jsn Jns and Paul Ryder on “Wicked Man” atop an otherwise straight ragga-tinged track ultimately proves underwhelming. The slap bass-riddled funk of “Music Like This” also sounds rather flat compared to the shuffle boogie of “Makin’ Me Itch.”

A consummate celebration of good old boom-bap, this is honest rap without pretensions, peppered distinctly with a flavour that can only be Toronto. Far from the self-important and gratuitous pronunciations of much of today’s rap, this is starkly dope music, simple and plain. If you’re tired of rap taking itself so seriously, discover Circle Research.