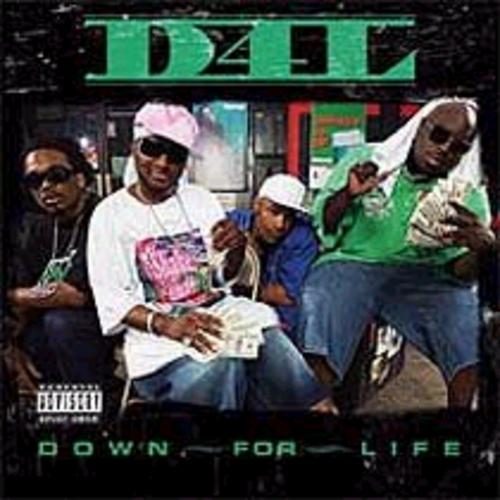 “That Laffy Taffy. Shake that Laffy Taffy.” In the world of misogynistic rap lyrics that dehumanize women, we’ve now scraped the bottom of the lyrical barrel. It wasn’t good enough to simply call the mothers sisters and daughters of the world bitches and hoes – now we’ve progressed to a whole new level of insulting. To the rappers of D4L, who proclaim themselves “Down for Life” on their album cover while flashing gold chains and big handfuls of hundred dollar bills, women aren’t worth more than a nickel’s worth of candy. And what is the setting for this degradation, where women shake their “Laffy Taffy” for their amusement? The most famous of all bations of male machismo and female degradation – a strip club.

“Say baby girl, a-what you gon’ do?
I got a hundred ones, I wanna po’ on you
Just keep that ass shakin, and I keep tippin you
While I sit back like a playa sippin Grey Goose
Feelin all loose, cause girl you on yo’ job
You got my dick hard, the way you touch them toes
Workin them micros, on the stilletos
You made it skeet skeet skeet, like a water hose”

Hip-Hop doesn’t deserve the blame for misogyny that it often gets. Print media were putting women “in their place” before suffrage, and radio was convincing women there was nothing more rewarding than staying at home to raise babies a generation before TV even existed. Rock’n’Roll had just as much to do with objectifying women as any other genre of music, making the term “groupie” a household word. Music video producers locked in the eyeballs of watchers with Aerosmith style videos that were borderline softcore porn. When rap’s popularity exploded in the mainstream in the late 80’s and early 90’s, hip-hop used sex to sell the product like everybody else. Ironically the only objection rap fans had back then was when a video featured too many white girls and not enough nubian sisters (Eric B. & Rakim’s “Don’t Sweat the Technique”) getting equal opportunity to wear skimpy clothing and shake their Laffy Taffy for oogling eyes. Call it the equal opportunity ho employment program. These days there are no shortage of opportunities though with hundreds of cable and satellite channels, “Girls Gone Wild” videos, and the entrepreneurial ho can even launch her own website to shake Laffy Taffy – it’ll cost you more than a nickel though.

So hip-hop itself is not to blame. Neither is the woman working at the strip club who takes advantage of the fact men have a natural instinct to debase themselves and objectify women. Some of these women might even be shaking their Laffy Taffy to pay their way through college and become a doctor or lawyer – more power to them. At some point though somebody has to be responsible for making a stupid song with TURRIBLE lyrics and making an equally insulting video. Thank Allah that D4L doesn’t represent hip-hop as a whole. With a three note K-Rab beat and lyrics that sound like they were written by a 4th grader on a Playboy bender, D4L’s “Laffy Taffy” qualify’s as one of the stupidest songs of the year. It’s not the first misogynistic song in rap, and definitely won’t be the last, but it’s certainly among the worst. It takes some doing to make Webbie’s “Bad Bitch” sound intelligent by comparison, but D4L has succeeded brilliantly. The really awful part is that “Down for Life” doesn’t show any improvement over their lead single, which I must conclude only succeeded because it was so irritating nobody could get it out of their head. That formula is applied liberally throughout the album: simplistic hooks, simplistic beats, and exceedingly simplistic lyrics. Take “What Can U Do” for example:

Or the ridiculous “Do it Like Me,” with a beat so bad that 8-bit NES sounds better:

“Do it like me, on the damn flo’
So icy, I rock Kangol
Y’all need help, I’m a nympho
K-Rab, ay Rab set the tempo
For the street, for the bed, for the thugs
For the girl gettin loose in the club”

Actually these D4L rappers have such bad diction and breath control that I can’t say for sure whether he’s saying “ay Rab” or “ar-rab” or “hey rap” in the quote above. Not that I care anyway. I don’t even care who they are individually. There must be at least four of them in the group judging by the cover, but none of them say or do anything intelligent that merits them being singled out individually. These guys seem obsessed with the things they can or can’t do (“Betcha Can’t Do it Like Me”), proclaiming themselves hot shit with no justification (“I’m Da Man” and “Game Owe Me”) and issuing commands to their Bankhead groupies to “Get Real Low” when they’re not busy hanging out on “Front Street.” It’s hard to find anything redeeming to say about this album whatsoever, but I did like the crunk beats of the opening track “Bankhead” and the dark piano backdrop of “Stuntman.” The lyrics were still stupid and aggravating, especially the latter’s annoying tendency to rip off Cash Money Records trademarks, but instrumentals of them would be enjoyable. “Make it Rain” is also just barely redeemable, and “Shittin’ Me” probably would have been if they didn’t end every line of the lyrics with that phrase – it’s just too much. I wish somebody would explain to D4L that just because you want to make music for the South it doesn’t have to appeal to a denominator so much lower than common it makes the gutter look like the skyline. File this one in the same category as Dem Franchize Boyz – rap that gives other rappers a bad name.