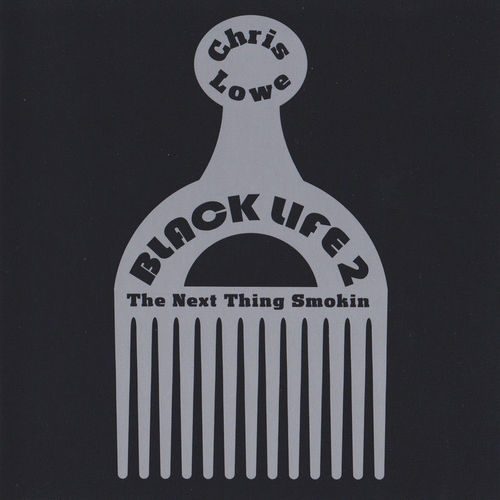 To clear things up off the bat, this is NOT an album by the old white English musician Chris Lowe of the Pet Shop Boys. If this disappoints anyone out there, I think you’re on the wrong site. This Chris Lowe is the 15-year Hip Hop veteran, a legend that no one’s heard of, another ultra-talented brother that never got the major label deal and (thus) shine he deserved.

But don’t expect Lowe to bitch and moan like a crotchety grandpa; expanding on 2004’s “Black Life,” Lowe comes through in true veteran fashion with “The Next Thing Smoking,” a straightforward album of classic-sounding bangers and sharp lyricism. This is what NY rap is all about; although it’s almost certain Lowe still won’t crossover with the new material, he will please anyone who recognizes substance over style and doesn’t regularly go ga-ga over the newest shirtless thug.

Though I hate to make comparisons, the easiest way to describe Lowe’s brand of stick-to-ya-guns-while-aging-gracefully musicality is to label it Masta Ace lite (and lite only because Ace’s ability for introspection and clever wordplay surpasses Lowe’s functional and funky rap style).

The beats are crispy boom bap, and the satisfying mix of unforced grimy club/jeep bangers alongside Tribe vibe-outs is intoxicating, making multiple listens not only possible but desired.

Lyrically, Lowe keeps it real, describing life as he knows it. Subjects are rap archetypes, ranging from striving to get the paper, relationships and women, and wack rappers stepping wrong, but he covers them all with a classic showmanship and nuanced details; the end result is entertaining because the content is both familiar and fresh.

Add in a bevy of catchy hooks (including the breakbeat change-up repeated sample “Whoo! Hot damn, I’m great!” that you won’t be able not to sing and strut along to), and each song brings the nice stuff. I know I sound both elitist and revisionary with this opinion, but this is that real Hip Hop shit.

Highlights are many, including the funk bounce EPMD ode/sequel/remake of “Its My Thing,” the Hip Hop wild out celebration “Wild Thing,” and the sober and sweet “You in Love.” In the end, it’s Lowe’s total package that makes for a great product; though he’s not the most mind-blowing producer or emcee, the combination of veteran songwriting wisdom, versatile and rock solid lyricism, and classic-sounding but still contemporary beats will leave most satisfied.

Although it is grown man shit, so the shorties out there might want to keep sleeping and stick to the latest corporate heartthrob.