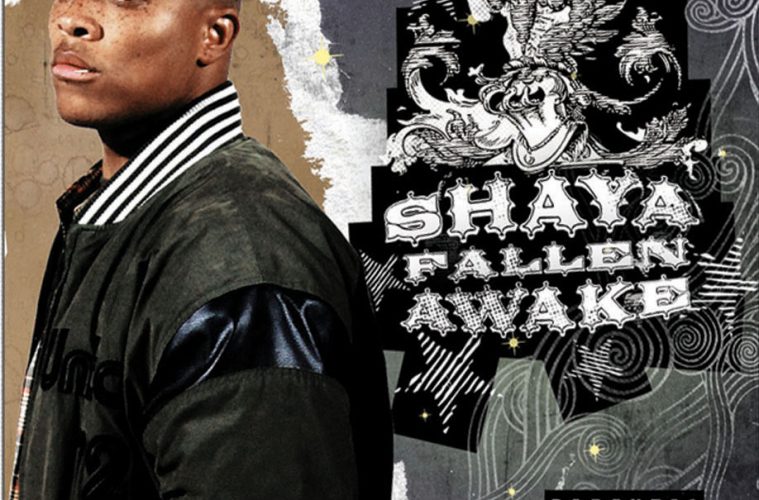 Some artists blow you away on some intangible level, leaving you feeling like they have more skill than they really do and more impressed than you rightly should be. Tupac is my favorite artist of all time because of the emotional connection he makes even though I can admit he’s not the best MC on a purely technical level. Other artists have plenty of talent but for some reason or other fail to convey their greatness easily and hence are underrated and underappreciated, at least on the first go-round. Santa Rosa, California native Shaya falls into the latter category, as his concise wordplay and lean compositions fail to leave an indelible mark despite their relative technical proficiency. While, on reflection, nothing is really missing, there is an emotional core that feels oddly absent here and keeps “Fallen Awake” from being a first-rate debut.

Shaya comes out swinging on the “Intro,” flowing over cinematic strings and getting you hyped for the album despite wordplay that is only mediocre by his standards. “Impeccable Concepts” keeps things rolling with a satisfying beat of a melodic bass line and string flourishes, and Shaya sounds good despite a pretty elementary flow and straightforward AABBCC rhyme pattern, a trap he falls into occasionally throughout the album. Shaya finally seems to click with his surroundings on the first single, “Industry Life,” where he rhymes about his attempt to make it in the rap biz and all the potential pitfalls. It’s tried and true subject matter, but Shaya spits convincingly over a dark beat by HG.

“Just focus â€“ I was high when I wrote this
They say I’m hopeless, but I ain’t lost the end to the dopeness
I just spit it frozen nigga, grind like Folgers
No tough talk, you know what I’m holdin, it shows when I walk, shiit
I shoots the gift, relax like a pull from a spliff
As urban niggas playin the wall as if
I need an encore, strike that, take the whole floor
Ignore me for just a second, you gon’ miss somethin raw
We took it back to the cafÃ© and murdered the cadence
Don’t sound like much, though it’s another joint for the basement
Reminiscin on the days when the culture was flagrant
Feel like the spirit of Kane, lyrics sharper than razors
From the ground up, built for this shit, we call it Nip Tuck
I’m tryna get rich in this game before I get cut, what
Salt in gashes, Henney for wounds, I pen matches
Firebreathin hymns and haikus
Never a classic cuz a grown man will drop a jewel
Pay homage, I got it honest, this is way overdue
My daughters can’t eat your respect, son still starvin
Bein broke somehow, man, ain’t never been an option”

A theme starts to emerge on “Run It Down,” a pulsating banger produced by The ARE, as Shaya proves he flows best over drum-heavy tracks. He’s not saying much in particular, but he sounds good doing it and the guest verse from Eyezon is solid as well. Another beat in this same mold is “Fall Back,” a dirty mix of fuzzy bass and crunchy snares that suits him and guest MGK well, at least until the third verse, when Shaya starts spitting sex rhymes that sound inappropriate rather than provocative. It’s generally not a good look to close out your most high profile beat (in this case by Jake One) with a line like, “Burn a hole in yo’ ass like the Fast and the Furious.”

The middle of the album is pretty blasÃ© in general, featuring unremarkable rhymes that are about very little in the way of topics. One exception, “Proud,” vividly recounts episodes from Shaya’s childhood, including getting “threatened with a nap” for talking back and “sitting on the steps” pissed for punishment. While the lyrics here are a step up, the beat goes in the other direction, as the mellow synthesizer guitars feel a little bland, as do the vocals on the chorus. The same goes for the spacey “Speed of Life” and punchy “Sleepers Anthem,” where Shaya raps stream of consciousness style about his daily struggles and lyrical prowess, respectively.

A pair of smooth head-nodders produced by Martin Slo help Shaya get things back on track with “Thinking Cap” and “Is It Life (Obvious).” On the former, Shaya’s raps center on the musical grind and philosophical musings about everything from abortion to prison sentences, while the latter finds him reminiscing about love lost from a rocky relationship. The beats and rhymes are in sync here in more ways than one: while both are good on these tracks, they fall just short of great, the beats because they never really switch up, and the rhymes because of a generic quality Shaya can’t seem to shake. “Take A Ride” is another failed attempt at a Too Short-style sex romp where Shaya raps unconvincingly, “Call it graphic if you want to, but what a woman say she ain’t gon’ do is what she gon’ do.” Martin Slo’s ominous horns save the album from ending on a bad note on “Welcome,” where Shaya once again steps up his game over pounding drums and produces a winning track with guests Truthlive and Megga Mills.

If this review sounds negative, it’s because this is a frustrating album to listen to. All the ingredients are there for success, but Shaya never manages to pull them all together into one consistent package. While he proves himself more than capable of writing sixteen bars of well-crafted rhyme patterns, he rarely centers these rhymes on matters of substance, thereby limiting the potential impact. And while the beats are quite good, they also fall short because of their failure to develop beyond one or two dope bars looped for the whole song. There are a few tracks where the beats and rhymes hit all the right notes (like “Industry Life” and “Run It Down”), but the overall effect is one of little lasting impact. Shaya may have great things in his future, but he has yet to fully realize them and “Fallen Awake,” an otherwise good album, suffers as a result of his lack of focused topics.