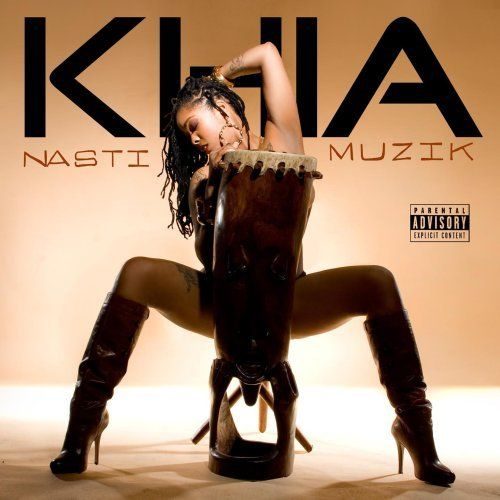 Reviewing female MCs’ work always feels like a double edged sword to me. I want to like the shit, I really do, if for no other reason than to stick it to the male-dominated industry that is hip hop (and most every other industry, for that matter). And I try not to hate just because something isn’t in line with my typical taste in music, in terms of topic, flow, or musical backing. But sometimes you just can’t come up with a compelling argument in favor of a particular piece of music, and as a reviewer it’s my job to convey this information to potential listeners.

In case you didn’t already know, Khia has positioned herself as the most explicit of rap’s already quite frank bunch of femcees, with lyrical come-hithers as subtle as, “Lick my pussy and my crack.” Fuck a metaphor â€“ Khia is intent on telling you exactly what she wants while leaving no room for interpretation. To a certain extent, this is a worthwhile enterprise, especially given with the wide array of blow job songs on the rap market. On the other hand, as with most one-trick ponies, it gets a bit old when stretched the extent of an hour-long album.

“Nasti Muzik” begins auspiciously with a self-titled track that features Khia singing sumptuously about herself in the third person, asserting, “She’s been singing all her life and she know how to sing it right.” It’s one of the only curveballs she throws on the whole album, and it’s a good note to start things off on. “My Swag” immediately reverts to standard operating procedure, as Khia trumps up her sexual talents (“It’s the best pussy ever had”) over an effective beat of some seriously low-end fuzz bass that echoes all over the track. Her half-rapping, half-singing flow is a winner as well, even if her lyrics are noticeably average. “Be Your Lady” plays on the Lil Wayne hook to Jay-Z’s “Hello Brooklyn 2.0” and also features a nice beat which is a concoction of horny horns and piano chords. Once again, the singsong delivery works while the lyrics hover around mediocre and focus on tried and true topics: “I fix ya breakfast butt naked while ya eatin’ me out.”

The momentum developed over these opening tracks is instantly lost, however, with the first of many pointless skits that see Khia singing random boasts to her competitors. This first one is fairly inoffensive, but later efforts are downright painful, especially one on which she simply shouts, “Bitch!” repeatedly for 20 straight seconds.

By the time the music picks back up, it all starts to sound redundant, with the same Dirty South beats bumping in the background and Khia rapping about one of two related subjects: how good she is at fucking, or how she’s superior to you and stealing your man BECAUSE she’s so good at fucking. Titles like “Put That Pussy On His Ass” and “Like Me” (as in, “you bitches can’t do itâ€¦”) offer clues as to what you can expect, with precious few exceptions.

Consequently, the songs that stand out are the ones that explore new territory. “Get Out” will command your attention despite the generic beat because Khia plays the role of the scorned lover kicking out her cheating, no-good man. The best of the bunch, though, is “Geeked Up,” Khia’s ode to clubbing. The beat picks up by a few BPMs and allows her to display an impressively versatile flow. It makes you wonder why this aspect of her repertoire wasn’t highlighted more throughout, although by the time the following skit kicks in all good feelings will probably be lost.