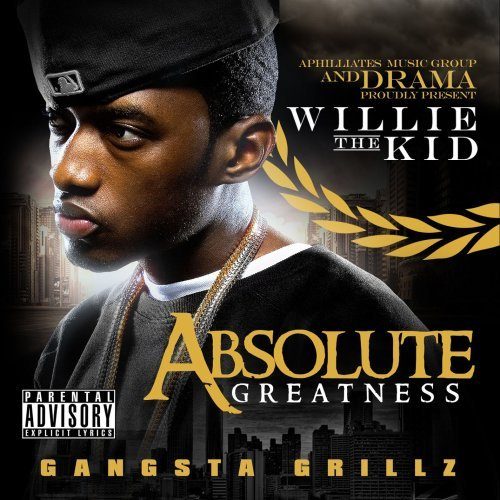 DJ Drama discovery/Aphilliates member Willie the Kid is being hailed as a lyrical Southern rapper, a Nas from south of the Mason-Dixon line. That’s only partly true. For one thing, while Willie went to school and lives in Atlanta, he is actually from Michigan. His heart may be in the South, but his accent and delivery are Northern. He lacks the laid-back warmth and drawl of a true Southerner. Another problem with claiming that Willie is a lyrical Southern rapper is it implies that Southern rappers aren’t very lyrical. It’s true that there are a whole mess of MC’s from the dirty dirty who are more into talking about their jewels and candy paint than actually rapping about anything of substance. Still, it’s a disservice to rappers like Ludacris, the Clipse, Outkast, Scarface, and UGK to assume that most Southern rappers aren’t lyrical, or don’t have anything important to say.

However, while Willie isn’t technically a Southerner, and he isn’t the only lyrical Southern MC, he does sound a hell of a lot more like Nas than any other Southern rapper I’ve heard. He has an ice-cold, deadpan delivery, which he uses to describe life on the streets with a poet’s eye for details. On “Thang Back” he raps:

“Bullet shells on the crime scene
It’s daytime, see the cars with the high beams
Homicide all around trying to find things
[…]
You better get you a gun
Young niggas saving up, listen up old one
Have you coughing up blood with a hole in your lung
Fuck around, probably shoot your mom’s best friend’s son
Where I’m from it’s too small for these all out brawls
Hoes fighting all the time
Titties fall out bras
It’s cops everywhere when we step in the mall
Lil’ niggas got to shooting by the food court
Shooting dice smoking Newports
Probably die for your chain
Life is too short”

“Thang Back” sounds like Willie’s version of “NY State of Mind,” and the next track, “Long Live the Prince,” has a mellow beat that is reminiscent of “Life’s A Bitch.” However, if Willie can nail the raw street poetry of Illmatic-era Nas, he also indulges in some Nas circa “Hate Me Now’s” dollar bills and strip clubs. “Coogi Down” and “Love for Money” both celebrate the more basic, material things in life, the latter with an all-star roster that includes Gucci Mane, Yung Joc, Flo Rida, and Bun B. Willie also tries to give something for the ladies on “You” and “The W,” neither of which are very convincing. He’s much better on grittier tracks like “Pressure,” “We Get Down,” and “Splendid!” On “Splendid!” he sounds a little like Lupe Fiasco, and declares, “the blueprint/I’m gonna pull a Hova.”

Willie’s rapping may not be strictly Southern, but his beats are. Don Cannon and V12 Da Hitman handle the bulk of production, with he Runners, Shotti, Vess Dynamic, and Detroit Red handling a track or two. The beats are mostly dramatic, synth driven creations that any fan of Southern hip hop will be familiar with. Highlights include Vess Dynamics dirty and banging “Driven,” the Indian strings on “We Get Down,” and the spaghetti western feel of “Pressure.” There’s nothing on here that matches what DJ Premier or Q-Tip did for Nas fourteen years ago, and as an above-average rapper, Willie deserves more than the average beats on “Absolute Greatness.” Willie makes the beat work, and with the exception of the booty jams, there aren’t any real duds on the album.

I’m not prepared to tag Willie with the title “the second coming of Nas.” For one thing, Nas doesn’t have a monopoly on the kind of verite street poetry that he has perfected. More importantly, Willie has more going on than just sounding similar to Nas. He is one of the more talented new rappers to come around in a while, and continues in the tradition of street griot/hedonistic baller. While “Absolute Greatness” isn’t flawless, it is a solid debut, and it may not be long before we are calling up-and-coming rappers “the next Willie the Kid.”