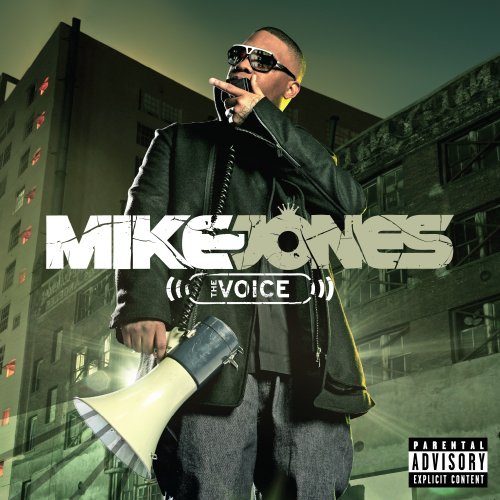 Two-eight-one, three-three-oh, eight, zero-zero, fo’. Four years ago Mike Jones may have simultaneously had the most annoying and the most unforgettable gimmick in all of rap, and damned if it didn’t work. Most of you reading this can still remember his phone number whether you really want to or not. If Jones had lacked in charisma or was rapping over terrible beats the gimmick would have died long before it went national, but “Who Is Mike Jones?” proved that the aspiring rap star had plenty of both. Even otherwise banal and repetitive lyrics seemed better just by the earnest enthusiasm with which Jones delivered them and the beats were PLENTY bangin’ – everybody from Salih Williams to Three 6 Mafia brought the musical heat.

In the long interim since his national debut we’ve been promised an album named “The American Dream” about a dozen times that has never seen the light of day. Jones himself addresses this on the opening “Intro” with these words: “Politics and bullshit kept me away from y’all, kept me away from the game. But now I’m back, and now y’all about to hear the voice of WHO?! MIKE JONES!! Hit me up, two-eight-one, two-oh-six, fo’-three-three-six baby.” OH SHIT, Mike’s got a new number. Actually that’s not surprising given his last provider probably got sick of sending him cell phone bills thicker than phone BOOKS. If you decide to give ol’ Mike a ring tell him Flash from RapReviews said WHATTUP! Two singles from this album had already been making the rounds before “The Voice” got released on April 28th, the first of which being “Drop & Gimme 50” featuring Hurricane Chris.

The Mr. Collipark and Package Store beat is fast tempo, high energy, and perfect for the club. Even though the song’s going 100 MPH, Jones has no problem keeping up, and although Hurricane Chris’ “Ay Bay Bay” is not one of my favorite crossover hits on this track he’s a perfect fit. While the first single announced Jones return in the clubs and to his hardcore fans, the second single “Cuddy Buddy” put Jones squarely back on the mainstream map. It’s hard to imagine this song WOULDN’T be a huge smash with Lil Wayne, T-Pain and Twista all on the same track. The Bigg D and Jim Jonsin beat makes it complete, walking the fine line between quiet storm R&B and hardcore hip-hop. Instead of yelling and talking loud like Jones is normally want to do, he takes it down a notch to mesh with the beat.

For keeping us waiting so long, Mike Jones is more than making up for his time off as a major label artist. Hot tracks meet hot guest artists repeatedly on this album’s 16 cuts. “Give Me a Call” features the smooth and airy production of Mannie Fresh and the laid back sextastic raps of Devin the Dude. Mike Dean lays down a swinging bass for “Hate On Me” featuring Tanya Herron and it’s all to the good. Rock me Amadeus, as you dip into the kind of soulful samples Kanye West would for “I Know” featuring Trey Songz. It’s nice to see that Jones didn’t just lace up tracks for his guests though, as solo tracks like “Next to You” still feature J.R. Rotem providing a nice beat. Well not entirely solo I suppose – there’s an R&B singer named NaeNae providing the hooks – but she’s uncredited. It’s still Jones own song no matter how you slice it, and he makes the most of it, proving that a guy who was once taken as a joke lyrically has improved a lot in his time off.

“I ain’t trippin about the limelight
Cause when I’m with my shorty, she keep my mind right
When we up in the mall, she fill up shopping bags
She love to pop them tags, she love to drive the Jag
Whenever we alone, she throw away my phone
Cause she don’t want no interruptions while we goin strong
My baby, my baby don’t be on that bullshit
My baby, my baby know I keep a full clip
That’s why I, let her highside at 7:45
That’s why I, take pride when I glide up in them thighs
My baby boo she true, you know she hold me down
So when I get some time, I spend it with her now”

Even though “The Voice” starts off a little slow with “Swagger Right” and “Houston Oilers,” once the album hits a groove it keeps it all the way through to the Mike Dean produced “Grandma II” finale. Even the biggest Mike Jones haters can’t ignore the fact he dedicates a song to his grandmother at the end of every album. In fact the biggest message one gets from “The Voice” is despite the fact Jones is known for his loud mouth and his candy painted cars, he’s just a nice guy looking to have a little fun. I would say he’s settling down in his old age, but given he’s only 28 he’s really not that old yet. Regardless of the reasons it’s clear that Mike Jones is a more seasoned and polished pro of the rap game, and “The Voice” is planning to have a long career in hip-hop music. Let’s hope there’s no more politics and bullshit getting in the way of his career.