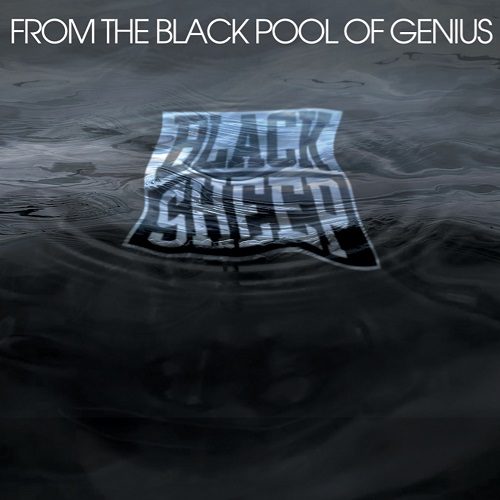 In the “everything old is new again” world of today’s pop culture, parody Run-D.M.C. shirts are a dime a dozen and one appearance of a song by Sir Mix-A-Lot, Salt-N-Pepa or House of Pain in a commercial can send the concurrent MP3 rocketing to the top of the bestsellers list. I expect a similar bump for Black Sheep’s “The Choice Is Yours” at any point now given the viral spread of the Kia Soul commercial on the internet. Whether or not having hamsters dress like b-boy stereotypes and rap like Dres, D-R-E-S is insulting will of course be debated, but I did enjoy the “this or that” dichotomy where “this” was a nice whip and “that” was hamsters driving toasters and cardboard boxes. Will it sell cars? Hell if I know, but since you can see the Black Sheep logo on the hamsters’ iPod, I’m 100% convinced retro MP3 downloads will skyrocket.

For Dres the timing couldn’t be any better given that he’s bringing the Black Sheep name back to the forefront in 2010 with a brand new album, sans Mr. Lawnge (who now prefers to be known as Mr. Long). Some would say you can’t and shouldn’t package something as Black Sheep if it’s not the whole group, but let’s be realistic – if you remember their songs you remember Dres. Mista Lawnge would make the occasional cameo and provide comic relief with a loud “VAN DAMME” but it was the melodic and effortless verses Dres spit on every hit from “Flavor of the Month” to “Strobelite Honey” that made their songs favorites with Native Tongues fans and pop radio alike. Let’s put it this way – Dres is to Black Sheep as KRS-One is to Boogie Down Productions. If Dres wants to continue the Black Sheep name with or without Mr. Long (and apparently has his blessing to do so) he’s entitled to and only the overly observant would ever even notice the difference. Besides one can’t ignore the branding implications – even though Dres is the voice of Black Sheep, the Black Sheep name will sell better in stores than a Dres solo.

While some would suspect Dres planned for all of these things to coincide at once, Hip-Hop Shop fans will remember we featured the song “Forever LuvLee” back in November of 2009. “The Black Pool of Genius” has been in progress for a while, and “LuvLee” was just the first track to bubble up to the surface. A fat, funky and wind instrument heavy track from Urban Soul Music Group set Dres up to spit laconically about his lifestyle. It’s quite remarkable how little his voice has changed over the last 20 years, and he’s still got a wry humor vibe that comes through in lines like “I own all these objects, and still live in the projects.” The autobiographical second verse steals the show:

“I like hot sauce on all I eat, my Kool-Aid too sweet
And you might catch me outside with just my slippers on my feet
Hittin kush, while my breddern gettin money by the benches
Livin with moms still my mo-mo’s, thirty inches
Withdrawal, gets you up, and hoes, set you up
Where foes wet you up and there’s lots of cops that’s corrupt
In the heat, you better bust and your team better roll
And if you don’t know the half you get left with big holes”

If you’re expecting “The Choice Is Yours Part 2” take a cue from this song that Dres is into making tracks that express his personality first and foremost, with less emphasis on the party than on his identity. In fact even though the Native Tongues exist more as a concept than as a clique these days, Dres may be the best representer of that conscious, fresh, progressive hip-hop left of any member today save De La Soul. “Reason to Pray” might sound like a preachy song from the title, but the Beanone beat is the most gospel thing about the cut, a song which is vaguely and pleasantly reminiscent of “One Love.” Bean and P. Locke turns in some of the best work behind the boards. The former carries Dres to “Victory” over an oriental and mystical instrumental, and even closes out the album on “Dusk” as Mums recites spoken word poetry. The latter gives Dres a beat where he can “get loose and seduce [..] what the producer produced” on “Elevation,” then lets the xylophones bubble to the pool surface on the up-tempo “Born to Che.” To say that “Winner” was an apt title for Dres and AZ’s duet is an understatement.

Funky tracks aren’t the exception on “Black Pool of Genius” though. The still dead bent Psycho Les offers a classic Beatnuts style track and guest rap on “Important Fact.” Molecules makes the soundscape so “Muy Bueno” that Rosie Perez shows up to do a cameo – yes THAT Rosie Perez, the same that Slug & MURS dedicated a whole album to. That song is as close to “Wolf in Sheep’s Clothing” as anything on this CD, but for female cameos it honestly can’t top the foxy femme fatale Jean Grae when she shares the spotlight on “Party Tonight” with another Urban Soul beat. The amount of cameos on this album could overwhelm some rappers with lesser natural self-confidence, but Dres takes each guest on and matches or exceeds their output. Red hot rapper Rhymefest does his best to impress on the Tough Junkie beat for “Power to the Pih-Poh” but when D-R-E-S closes it out on the third verse it’s clearly his show:

Rhymefest: “Look, when Obama got elected I told my job ‘I QUIT
Y’all ain’t know? It’s fin’ to be some change in this bitch!’
Nine months later, the stimulus still ain’t here
Cash for clunkers, I’m still drivin the same ol’ whip
And I know, where the power lay, this the hour they
watch usin TV and cellular just to call away
48 laws of power ain’t needed because it ain’t heeded
They give us the information, they know we won’t read it”

Dres: “Now while they search for content, we spread the word through continents
Without so much as consent, until our heart is content
Analyzing what it is next to what it’s meant to be
It’s hard to embrace the religion of the people set you free
Enslaved and segregate me, now lack of educate me
And it isn’t for my safety cause you’re teachin me to hate me
Got hope brother Obama can relieve exasperation
In a nation, that ignores my thoughts and aspirations”

Initially a title like “From the Black Pool of Genius” might have seemed somewhat pretentious for an artist best known for his party songs and a classic hip-hop album rife with raunchy sexuality, but Dres has evolved organically over the years into a rapper who still likes to flow fluidly and have fun yet can drop a few gems on you when you’re not looking. In the end the title may be an understatement, because this album needs a promotional vehicle than can put the underrated Dres on a much more visible pedestal. One can only think that if he had been recording prolifically for the entire 20 years he’s been around instead of sporadically, he might have the reputation artists like Jay-Z and Nas do today – commercially successful yet still hip-hop down and highly lyrical. If a couple of cartoon hamsters who look like they belong in an “Alvin and the Chipmunks” movie can awaken people to the Dres of 2010, I can forgive the perceived slight to hip-hop, because “Black Pool of Genius” gives more than Kia took. Hopefully the album takes off and he makes more on sales of the new album than he does on royalties from the MP3’s of an old one.