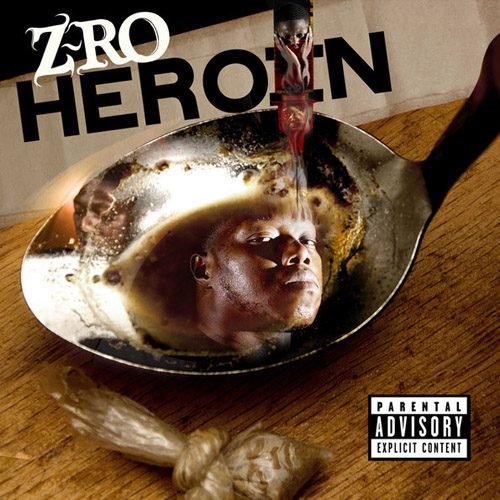 I’ll open this review like countless writers before me by praising Z-Ro and his craft. Z-Ro should be remembered as one of our generation’s troubadours; a singer and storyteller who speaks for an often underrepresented and underprivileged sector of society. An especially gifted and technically deft rapper, combining triple-time speed with heady lyrics and a deep delivery, he’s most remarkable for his diverse skill set. He sings about as much as he raps, crooning in an evocative, soulful baritone, and has proven a capable producer as well. Purposefully solitary and frequently incarcerated, Ro is a stone-faced gangsta from Houston’s south side, but his music is so powerful and impassioned that one need not be attuned to the slabs and turning lanes of his narratives to appreciate his raw soul and human emotions. He also presents a consistently fascinating characterâ€”deeply rooted in crime and street life yet hopelessly wary of it. Yet in addition to being one of the most talented and appealing artists around, Z-Ro is also infamous for not being able to catch a break. One of the most hardworking and prolific rappers you’ll find, his massive discography is frequently plagued by unauthorized releases by multiple small labels with access to his recordings, which one can surmise only adds to the misery he raps about.

“Heroin” was first announced for 2009, a typically busy year which saw a solo release, a very good but largely unheard collaboration album with fellow Houston rapper Chill, and numerous mixtapes and lower level releases. One of the mixtapes, a two-disc set titled “Cocaine,” was condensed to a single disc and repackaged as a retail album by Rap-A-Lot, reportedly against Z-Ro’s will. Even if â€˜Ro never meant for it to see the light of day, listeners found yet another strong collection of new material. Now that “Heroin” has finally surfaced, Z-Ro’s fans may grow nostalgic for “Cocaine” and should become even more alert of the circumstances surrounding each of his releases.

“Heroin” is another instance of Rap-A-Lot scraping the bottom of the vault for old material and piecing it together to make an “album.” Yet unlike, say, Devin the Dude’s “Hi-Life,” they didn’t even do a good job masking it. On the Mike D duet “Real or Fake,” he raps, “I’m a quiet nigga, but I got a competitive nature / Ballin’ outta control like number eight from the Lakers, I’m Kobe,” referencing the numeral Bryant retired prior to the 2006-7 season. Six of the tracks are those that were left on the cutting room floor when Rap-A-Lot transformed “Cocaine” from a two-disc mixtape to a single disc, and “Shotta” from Rap-A-Lot’s version appears here in its entirety by the title “Move Your Body.” Verses and hooks are cut and pasted from prior releases, and two of the tracks, Mya’s “Boss” and Billy Cook’s “Gangsta Girl,” aren’t even Z-Ro songs, but soft, longwinded R&B tracks that merely feature guest sixteens from the Mo City Don.

For what it is, the music itself is decent but not on the plateau of his best. Production credits go mostly to Z-Ro himself with contributions from Mike Dean, Bigg Tyme, Big E, and Steve Below. “Denzel Washington,” a terrific collaboration with Chamillionaire and Paul Wall that originally appeared on the “Cocaine” mixtape and Cham’s “Mixtape Messiah 7,” is inexplicably stripped of its original funky beat, replaced with an awkward mechanical track wholly inappropriate for the song. Much of the production is lean and dated, while lyrically it’s run-of-the-mill for Z-Ro. “Blast Myself,” based on a line from 2Pac’s “Changes,” doesn’t even have any percussion for the first two-and-a-half minutes. On the plus side, although “Do Bad On My Own” is a familiar declaration of his solitude, it’s a great song with a strong Mike Dean beat reminiscent of Lil Troy’s “Wanna Be a Baller.” The Lil Flip duet “We Don’t Speed” is vintage Houston material, analyzing the causes and consequences of incarceration.

One of Z-Ro’s go-to tactics is to reinterpret classic R&B songs with hilariously thugged-out lyrics, a method he’s employed countless times throughout his career to resounding success. On 2005’s “Let the Truth Be Told,” Brick’s “Ain’t Gonna Hurt Nobody” became the cautionary “Don’t Wanna Hurt Nobody,” and on 2006’s “I’m Still Livin,” Luther Vandross’ “So Amazing” became the humorous “T.H.U.G. (True Hero Under God).” Hearing â€˜Ro croon such ironic lines with such conviction over the familiar tunes is always a delight, and “Driving Me Wild” is no different, sung to the tune of R. Kelly’s “Bump N’ Grind (Old School Remix),” making an already raunchy song even more lewd:

“It’s that pretty brown, round, drivin’ me wild
Ooh bitch, your pussy’s about to get a little greasier
And the KY make penetratin’ so much easier
But I wish you wouldn’t trust me so much…”

At the dawn of a new decade, Z-Ro seems to have settled into a place as a hero in Houston with a loyal following across the map. As one of the true virtuosos of southern hip hop, it’s a shame that his press machine is still so poor that fans can never know if a new release is legitimate or not. After over a year of waiting, fans will find the final “Heroin” product deplorable, composed of elements of old songs, previously released material, and vaulted tracks shoddily pieced together. Even when viewed as a compilation, it’s a forgettable record compared to his recent work and would only reasonably be enjoyed by those casual listeners who don’t recognize the rebadged music. “Heroin” isn’t bad for what it is, but it’s hard to imagine that Z-Ro himself would be happy with it.