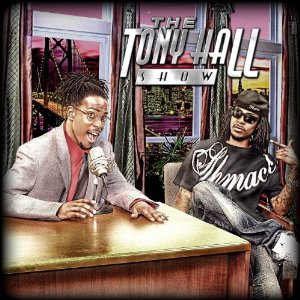 Mixing is the essence of art. The world is filled with raw ingredients that we combine together to create wondrous new things. A hamburger, for instance, is simply a combination of basic vegetables, bread, and processed meat into a stack of glorious culinary ingenuity. I mean even at first glance, you can see the raw ingredients sitting separate from each other, but it’s when you take the first bite…and let the flavors mix and tumble on your tongue and within your teeth…oh, what glory.

Tony Hall is not a mixture of anything. He’s the hamburger before you put it in your mouth, only when you bite into it, it’s not a harmony of flavor. Rather, it’s just a bland segmentation of lettuce, meat and bread until you force it down your throat.

Tony’s flow isn’t any different from most other Southern rappers. The quality artists use their accents and dialects to complement their strong rapping. The average artist will use their twangs as a clutch. The difference between Big Boi and Lil’ Scrappy is that Big Boi rides the beat like it owes him money, Lil’ Scrappy just sounds like he’s talking shit over drums and synth sounds. When I listen to the “Tony Hall Show,” I hear that Lil Scrappy drawl but not enough of that Big Boi flow.

Then there’s the beats. There’s a lot of snaps and booming bass, and make no mistake, this album will disturb some peace with the right system. The party anthems invoke Lil Jon’s minimalistic crunk horns. The gangsta jams and the cruisin’ music are dead ringers for Spice 1’s mob music classics. The beats could find their way on more prolific artists, and the production definitely sets the table for Tony Hall to do his thang. There’s just nothing original about them. They say imitation is the finest form of flattery, but it’s only flattering for the plagiarized. For the fan and the listener, imitation is nice but it gets stale quick.

Hell, in “Ms. Jiffy (Got a Lot of Back),” the female hypeman repeats herself like Mike Jones. Even the gimmicks are lifted from somebody else. By the way, the beat on “Ms. Jiffy” is a crunk version of an old American folk song. If someone can tell me what it is, I’ll be much appreciative.

Okay I’m being a little harsh, but it’s only because I’m tired of seeing Xerox copied artists take templates from other, established rappers and try to pass themselves off as fresh. Hip-hop isn’t about imitation, it’s about trying to set yourself apart from the grain. No offense to Tony Hall, he does entertain in moments and shows flashes of rapping ability, but the hackneyed style and the unoriginal beats just don’t do it for me. I mean, there are times when mindlessly prepared fast-food can be extremely delicious, especially when drunk or high. But I’ve been eating way too much fast food, I need a quality burger.