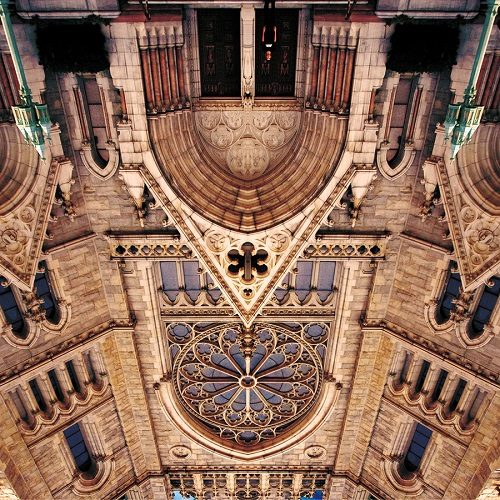 Due to regional familiarity and population density, there’s a higher than likely propensity for rappers from Newark and East Orange, New Jersey to have stylistic similarities over the years. That should not in any way be taken as a blanket statement that “all rappers from New Jerz sound alike.” Rather the idea here is that it’s not shocking if two rappers from the area DO sound alike now and then. It’s no different from the fact Chingy and Nelly use the same slang and have a similar accent due to their common St. Louis background. Any well known hip-hop hotbed in the United States is prone to this tendency.

Now that we have those facts established let me tell you something about GDP that I mean in the most complimentary way: his vocal tone and lyrical delivery are 50% Pacewon and 50% Young Zee. Though he hails from East Orange instead of Newark, it’s pretty clear to the ear that the two cities border each other. The Pacewon half comes from the pacing of his lyrical flow, the deliberate way he pauses between words, and the way he spits syllables out. The other 50% comes from Young Zee’s vocal tone – GDP is unquestionably higher pitched and uses it to give his rhymes a more commanding emphasis.

GDP’s “Useless Eaters” has something else in common with rappers from New Jerusalem, and in this case I’m thinking largely of Tame One but there’s a tangential relationship to Redman as well. If you haven’t read between the lines already, that’s only because GDP inhaled them. He probably doesn’t get as wet as the former or as blunted as the latter, but only because that would be almost impossible for any other human being alive. Within those constraints GDP uses pharmaceuticals unapologetically, and the production of “Useless Eaters” reflects that relationship. Some listeners may find the sound challenging, but I find it enhances the (aural) high. On the noisy Aoi laced “Little Boxes,” GDP flips a tale that’s both cinematic and cautionary:

“By spring semester she couldn’t take the pressure
She flunked her electives so she fucked her professor
And after he came in her she made him dinner
Lemon chicken and chocolate mousse cake for dizzert
Pam dropped out when her seed popped out
And now her baby daddy’s leavin for Moscow
Pam panicked [..] drove to her man’s house frantic and stabbed him
Put the little bastard in her Jansport backpack
Climbed up to Cupid and just splashed into traffic
A junkie, and a baby, and a hussy in the same casket”

Though “Useless Eaters” can at times be a challenging listen, it’s not one that is without a reward in return. Frozen Gentlemen create an all out electronic assault one would normally hear from Del or Kool Keith on “Neural Circuitry,” but the strong beats and GDP’s well mixed vocals hold it together and make it highly enjoyable. You don’t often hear rappers “going green” unless it’s to make their thumbs sticky, so “Carbon Footprint” is an unexpected surprise. The DOS4GW produced “Social Enema” features the aforementioned Young Zee as a guest star and is easily the most dusted song of the whole album, where GDP proudly proclaims “pass the Dutchie like a health care reform bill.” If that wasn’t clear enough GDP has a song called “All My Friends Are on Meds” featuring Pistol Pete. Some songs do have a more traditional sound, such as the mellow jazz of “Someday When Things Are Good” and the heavy boom bap of “Quintuplets,” but on the whole GDP’s “Useless Eaters” likes to push the envelope. If you lick that envelope to seal it, the taste may be bitter at first, but you’ll ultimately enjoy the buzz.