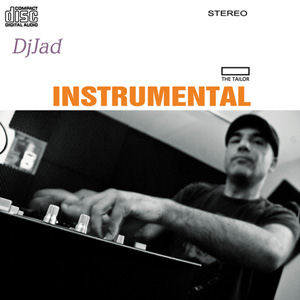 I freely admit to having a dubious taste in Italian rap. Any expert would readily testify that my favorite ’90s records tend to fall into the pop rap category. Still I am unwavering in my support of one of the most commercially successful acts in Italian hip-hop history, Articolo 31 (pronounced “articolo trent-uno”). The duo of J-Ax and Dj Jad enticed me with their ‘Spaghetti Funk’, and although I didn’t follow them all the way, I still hold on dearly to their first three albums “Strade di cittÃ ” (“City Streets”), “Messa di vespiri” (a play on words defining hip-hop as a trinity of message, fun and spirituality) and “CosÃ¬ com’Ã¨” (“That’s How it Is”).

With an impressive catalog of songs that were both catchy and well-crafted, the two J’s helped popularize rap music in Italy. Cheeky as well as tongue-in-cheek, Articolo 31 knew hip-hop but were not afraid to do it their way, dropping true school joints one minute and singalong stadium rap the next without caring for any other opinion than their own. Sometime in the mid-’90s I noted that ‘J-Ax is exactly what I once expected a rapper to be, and Dj Jad is exactly what I once expected a DJ to be.’

Today I’m not so sure what that means, but as regards the focus of this review, I take it as meaning that an aura of seniority surrounds Jad, who alongside people like DJ WAR, Ice One, Next One, Dj Gruff, Dj Skizo, Dj Stile, Dj Lugi, Dj Flash and Dj Zeta counts among Italy’s first hip-hop DJ’s to gain the spotlight. Hailing from Milan, the city that would span turntablist collective Alien Army, Dj Jad (in most cases the ‘j’ in ‘DJ’ is not capitalized in Italian) remained a DJ through all those years he was part of a successful rap act, which arguably allows for a Jazzy Jeff/Premier comparison. At the beginning of their career, in 1993, his MC praised him as follows:

“Dj Jad is my deejay, Milan’s old school
Hands of lightning
Creator of these unmistakable resonances
Exciting support of all my assonances
Exceptional, strong but not brutal
Still has the stomach to be antisocial
Original, brilliant, it comes natural to him
Gives me a warm sound in this digital era
Stays true to his ideals
Has years of experience and never sold himself
Has radical moral ethics, nobody ever screwed him over
Because he’s ingenious, meticulous
Furious, belligerent – and he’s got style”

“Instrumental” is Jad’s third solo offering after 2006’s transatlantic “Milano New York” and the soul-hop of 2010’s singing-heavy “Il Sarto.” Consisting of 17 instrumental tracks, it looks to be a purposely low-profile, personal musical statement from Il Sarto (‘The Tailor’). That doesn’t prevent him from sticking out his chest with the dancehall-infused opener “The Tailor,” creating a strong, uplifting atmosphere (and sudden supsense via a swing break). It’s boom without the bam (or the bap), but gets the job of creating a strong first impression absolutely done.

The confections on “Instrumental” are marked by melodic samples and a mellow vibe yet still retain a sharpely chiseled structure. The hip-hop approach is apparent through lots of chopping and cutting, looping and stretching. Figuratively speaking, you can hear the DJ spinning on these tracks. There’s a moment on “Baby” that could just as easily be a live situation, where the DJ decides to bring that part back that got such enthusiastic reactions.

Each track has three, at the most four sequences that interact with each other playfully. The aloof “Happy” has jazzy, quirky horns that are halted by a signaling horn, then a dusty vocal sample croons a short “happy” echoed by an equally dusty piano loop, and the cycle starts anew. “Bass” is, as it should, all about low end, but is also continuously interrupted by a rough drum break cut in, only to return to the downtempo vibe. “Bad” cuts up abrasively blaring horns that still blend well with the organ-padded backing. “Feel” is reminscient of smooth (pre-Puffy) East Coast fare, while “Move” recycles ’80s funk much like Berkeley’s Lyrics Born does. “Passion” juggles ’80s pop synth stabs, a humming male voice and a funky guitar loop. The catchy Latin Ã©tude “Silver” and especially “Step” would make the Beatnuts proud with their bacchanal spirit.

By the same token “Instrumentals” is not music that takes too many risks. One is tempted to say that Jad’s age – he was born in 1966 – shows in his beats. Avoiding adventurous arrangements, this is old fashioned instrumental hip-hop, pre-DOOM and pre-Dilla. Some compositions feel derivative even. The maendering piano playing on “Jazz” or the chopped and chipmunked samples on “Day” have been heard from beatmakers worldwide, while the only thing “Blues” shows is that Jad can manipulate blues records too (although the punctuated bass livens things up).

Jad is a traditionalist, never neglecting drums and bass while searching for melodic highlights to create a good mood. Positively put, “Instrumentals” is 45:45 of breezy, buyoant music that is never corny, but simply good old cool hip-hop. The tracks don’t overstay their welcome, running a couple of minutes plus, just enough time to vibe out to them. Each beat is distinct, supporting the idea of the DJ as a one-man band with a broad repertoire. Still “Instrumentals” is just that, making almost no steps towards song structures. To best describe Jad’s work these days, we can again go back almost twenty years in time, when J-Ax rapped on “Dj Jad”:

“Attention, there’s a distinction to be made
between a DJ and a circus act
who jumps like a monkey behind the turntables
and is considered good because he scratches with his nose
Bullshit! My DJ isn’t like that
Yeah he makes a spectacle, but with the sounds he creates
Listen to what’s coming from the heart
I don’t care what you call it, music or noise”