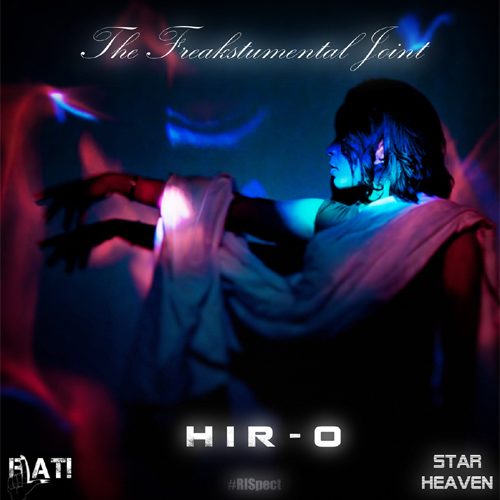 As far as black music nomenclature goes, the freak sadly is a nearly extinct species. Things were different in the ’70s and ’80s. For Nile Rodgers and company, “Le Freak” was simply Chic. George Clinton crooned approvingly, “The girl is a freak, the girl never misses a beat.” Sexual Harrassment cryptically (and maybe foresightedly) wished, “I need a freak to be my home computer set.” And Rick James found himself nothing short of the “Super Freak.” You know, the kind you don’t take home to mother.

But as the loudmouthed upstart called rap began to drown out soul, funk and disco, freaks became endangered. Whodini may have sensed the impending disappearance when they recorded the hip-hop classic “Freaks Come Out at Night,” observing, “In the daytime the streets was clear / You couldn’t find a good freak anywhere.” Old souls like Too $hort (“Freaky Tales”), Digital Underground (“Freaks of the Industry”), Cee-Lo Green (“Closet Freak”) or Devin the Dude (“Freak”) still occasionally paid tribute to freakdom, while Adina Howard (“Freak Like Me”) was the freak of the week for contemporary R&B (and Ghostface). And lest you forgot, Missy and Timbo made you “Get Ur Freak On” not that long ago.

But the truth of the matter is that for 1 ‘freak’ in rap, there were 999 ‘bitches’. In 1992 Dr. Dre rode an interpolation of Leon Haywood’s “I Want’a Do Something Freaky to You” all the way to worldwide fame while the young G riding shotgun was cautious when it came to doing freaky things, because as he put it, “Ain’t no pussy good enough to get burnt while I’m up in it.” However, to reduce the freak to a sexually promiscuous person would be shortsighted. At one point applied to humans and animals that displayed physical abnormities who were exposed as ‘freaks of nature’ in so-called freak shows, there’s an element of emancipation and empowerment to the term if it’s embraced by the designated ‘freak’ – not unlike ‘punk’ or ‘nigga’.

For a short while at least, producer Hir-O aims to resurrect the freak with “The Freakstrumental Joint,” a free download combining MP3s and JPEGs. It’s not entirely clear whether to the Detroit native freaks are exclusively of the female gender, but the star of Hassaan Bey’s photography is a young lady. Going by the – completely clean – images, “The Freakstrumental Joint” might recount a romantic evening in 9 acts. Some tracks support that theory while others don’t.

Technically, this isn’t an instrumental project. Hir-O enlists singers and spoken word poets and samples R&B vocals. But he mixes them in so subtly that they become part of his chamber orchestra. Lyric Jones’ sensual vocals are woven into the fabric of opener “R.E.M.,” joining the finger snaps, keyboard waves and bubbles for a lush composition. The relaxed mood is kept throughout the 23 minutes. Sometimes a dash of Dilla may be added (“Fusion Lounge”), and even one of today’s biggest popstars makes a sampled appearance (“Chains & Whips”). The most traditional track would be “Play Around…,” simply because the singing of Ann Arbor’s L05 and the length come the closest to the song format.

With only two tracks clocking in at over 3 minutes, “The Freakstrumental Joint” is not even a fling but merely a flirt. Sonically, the events seem to go down behind a veil as the emotions are toned down, very much in the tradition of R&B of the last twenty years. Hir-O opts for a relatively safe combination of soul and electronica that’s not quite on the level of what we’ve witnessed elsewhere in the last years. Also it wasn’t the best idea to throw the same “Welcome back, Hir-O” snippet onto nearly every track as it gives the impression of listening to a mixtape or radio show. But other than that it’s definitely worth a spin if you’re looking for some sonic relaxation.