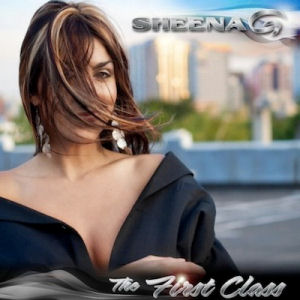 Looking for something different from the weekly regimen of albums I review, I was happy to take on Sheena G’s “The First Class,” as the one-sheet that came with it promised she was “a combination of Fusion Urbana, Reggaeton, and Hip Hop, all with a distinct Latin flavor.” Her story was also different from the usual albums I cover – she has an El Savadoran mother and a German father, but still somehow wound up being born in Portland, Oregon. Even though she could have stayed in the United Stats as a result, her parents moved to El Salvador, not returning from Central America until she was 11 years old, at which point she was stricken by the rare and occasionally fatal autoimmune disorder known as Kawasaki disease. She survived the experience and vowed in her own words to “never give up on living life to the fullest.”

A self-made woman, Sheena actually doesn’t need “The First Class” to be a success in the music world to be a success at life, as she’s run everything from espresso stands to a chain of night clubs in her career. That makes it all the more interesting that she decided to pursue this life, and even more curious that a Portland based artist would seek out the help of Vallejo, California’s own E-40 to get her start – they collaborated on a song called “Smell the Money.” A mixtape soon followed, ultimately leading us to this album. And now for a revelation – despite the promises of the press kit that came with “The First Class,” I can’t say that the words “Hip Hop” really fit the “combination” they describe. I hear the latin flavor, the reggaeton, the urban sound and I’d even throw in dance music and R&B. Hip-Hop as an element of this album isn’t dominant or what I would even call prominent.

That doesn’t mean that the eight songs of “The First Class” can be written off though. If you’ve made it to this point in the review, you should know Sheena’s music can be best described as a mixture of Selena, J-Lo and Shakira. The music is sexy, sultry and seductive. Track #5 “Dame Tu Boca” literally translates to “give me your mouth” and she explains her feelings in English too: “If you horny I’ma give you what you like/and if you’re hungry I’ma feed that appetite.” Hay dios mio! Some songs like the beat driven “Ando Con Ganas” featuring Mr. Nota are perfect for the dancefloor, a slow but persistent melody that women could wind’n’grind to all night long. Others like “Boom Boom Boom” kick things up a little bit, and come as close to a “rap” as any part of the album.

If you’re a fan of albums like N.O.R.E.’s “Y La Familia” then Sheena G’s “The First Class” won’t be much of a stretch, although it’s obviously delivered with more of a feminine touch. I don’t profess to be a reggaeton expert, but this falls into the category of “I know what I like, and I don’t hate this.” If there’s any major complaint to make about this album it’s that it’s only 28 minutes long, and one of the 8 songs is a remix – in essence you get double coverage of “Dame Tu Boca,” which must mean they think it’s a crossover hit. By the sound of it I’d say yes – but generally speaking I don’t think this album fits the “hip-hop” category despite her history with E-40 among others. She’s no rapper, but she’s definitely a cool gata.