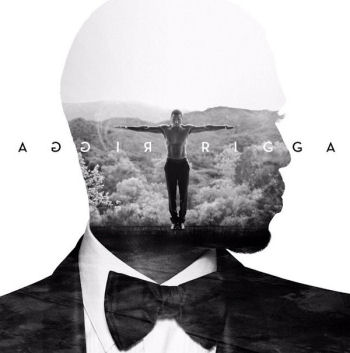 Contemporary R&B is a genre I’ve always enjoyed yet never explored as religiously as hip hop, probably because it centres around intimacy and love, two things you’ll be lucky to witness from me, being the heartless bastard I am. Growing up on hip hop music probably hasn’t helped this lack of emotion, but as I get older I find myself drawn more and more towards R&B and Soul artists. There’s less cursing and I’d argue that it’s easier to listen to, particularly with children around – except Trey Songz bucks that trend with his brand of carnal crooning and horny harmonies.

I’ve always struggled to enjoy Trey Songz’ albums, largely because his music is so one-dimensional and clearly catered to women, that I feel inadequate as a listener. He’s the Dan Bilzerian of R&B, sharing endless tales of sex and male fantasy that he ends up evoking feelings of jealousy and hatred, rather than admiration. Sometimes you can get past an artist’s background if the music is that good (Chris Brown for instance, although I still find it remarkable he hasn’t been dropped after the Rihanna thing) – Trey gets away with much of his music thanks to some irresistible production that is as seductive as the ladies find the man himself.

I wouldn’t be surprised if nightclub DJs just throw this record on for an hour as it is literally one song after another about shaking ass and getting frisky. “Foreign” is about sleeping with women that aren’t from the U.S.A., “Late Night” is about coming to terms with a lifestyle that focuses on sleeping with women, “Change Your Mind” sees Trey try to convince women that don’t do one night stands to sleep with him, etc. It all comes off a bit “Duracell Bunny on Viagra”. There are some more tender moments on “Trigga”, probably recorded when Trey suffered a urine infection or something. “Na Na” is a highlight, not because it shows love for the older woman (it doesn’t) but it shows Trey at his least intimidating. Simple, yet catchy, “Na Na” stands out amongst the other songs that end up blending in to one another. Nicki Minaj has the opportunity to provide vocals as sexual as her image suggests on “Touchin’, Lovin'”, but decides to go all robot on us. A robot that left the oven on, as not only does she quickly fire off her verse, it’s blink-and-you’ll-miss-it in length. It’s a shame, as Nicki can do Lil Kim better than Kim can – even more annoying given Trey nails his hooks and bridges.

Trey then contradicts himself on “What’s Best For You”, claiming to be caring and thoughtful (saying it’s not what he wants, but what you need) despite spending the previous ten tracks wanting pussy like a 14-year old boy with a so-called “sprained wrist”. “Trigga” also suffers from Trey’s unabashed attitude to cheating, essentially stating that it’s fine as long as you say sorry. In fact on “Disrespectful” he doesn’t even care about the man whose woman he’s trying to sleep with. I know chicks dig bad guys and players, but it just doesn’t sit right with me. You can’t continually claim to learn from your mistakes if you’re still doing it on every other song. It’s no more hypocritical than a Vinnie Paz record, but just as a violent tirade of abuse from Mr Paz may be great for lifting weights to, Trey Songz understands just what it takes to get you in the mood to fornicate. Although he wouldn’t use such a dreary term.

Trey has always milked the fact he has a stomach you could iron a shirt on, and rarely appears clothed in any of his music videos. Where Trey Songz falls down is in his limited themes, with “All We Do” actually admitting that all he does is drink, fuck and sleep. Unless he can pull off a Pitbull-sized stroke of marketing luck, I doubt he can continue on this flex in to the latter part of his career.

“Trigga” is an appropriate name for Trey Songz’ latest offering, showcasing that he just cannot stop shooting his load. Taken at surface-level, this is smooth, sensual music to make love to, just don’t focus too much on the motive behind the sexual content, as it’s laced with chauvinism and most likely, infection. It’s no surprise this record isn’t available in acapella form, as it would sound creepy as hell. Despite my reservations on the content, I can’t deny the quality of “Trigga”; if you’re looking to get your lady in to bed, this is a great way to add some glamour to proceedings, if only to drown out the usual squelches and complaints. The songs are themselves fantasies, but the album as a whole is a fantasy. It’s solely focused on Hollywood’s depiction of intercourse, with not one song seeing Trey share moments where he has to wipe his dick on the curtains, or climb down drainpipes only to step in some dog shit. Until Trey adds another layer to his songs, whether it be humor, empathy or any emotion other than a caveman-like approach to sex; “Trigga” remains a hollow, if tempting prospect for men that may well woo your woman, but is unlikely to keep your attention after.