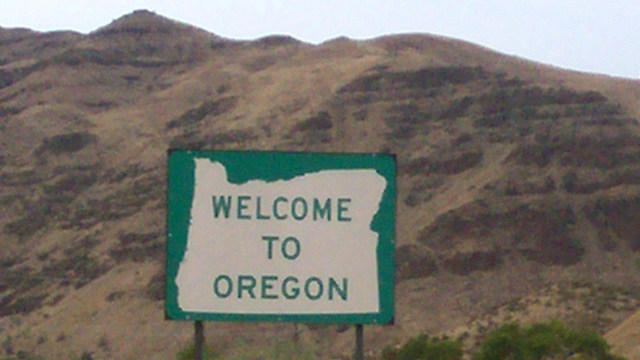 I’ve been to a lot of different places in the United States over the years, but if I had to tick off one of those “states I’ve visited” maps you see frequently on Facebook, I wouldn’t be able to color in Oregon. It’s not for lack of interest. I have both friends and family in the Northwest that I’d love to visit. I hear the food scene in Portland is quite good and the scenic beauty of the national parks is second to none. These days however I tend to go only to places I can justify as being part of a business trip, and there hasn’t been one business related reason for me to go to Oregon. Not a single one.

If I was covering national news as opposed to hip-hop and mixed martial arts though, I’d probably be on the first flight leaving to Oregon right now, because the Citizens for Constitutional Freedom have caused an uproar by seizing a federal wildlife outpost 30 miles outside of Burn, Oregon. They initially said they were taking over the building to protest additional jail time for Dwight and Steven Hammond, two ranchers who were convicted of intentionally setting a wildfire on federal land. The Hammonds for their part have said “thanks but no thanks” to the offer of support, intending to serve out the rest of their sentence (the mandatory minimum was five but a lenient judge tried to give them two) peacefully.

The CFCF (an acronym that seems to have been hastily thrown together after the occupying militia seized the building) had another bone of contention though – federal jurisdiction over the the natural resources of the Western states. Those same “scenic parks” I referred to earlier sprang up when large tracts of land were set aside by the U.S. government as the nation expanded Westward following the Civil War. In truth many of the areas are rugged terrain, sparsely populated, and would probably be infrequently used or visited were they NOT set aside as national parks. In the view of the ranchers, farmers and activists though the government has set aside too MUCH land and (in dubious conspiracy theory language) accuses them of trying to seize even more.

I consider myself a reasonable enough man and have tried to see both sides of the coin – the right of the government to preserve some dwindling amount of our Earth’s wild and untamed beauty to be appreciated by future generations, and the right of human beings to thrive off the land as they have done for thousands of years long before government as we know it existed. I’d be the first to concede the federal government has vastly overreached into every area of our lives, often in ways that even the dystopian writings of George Orwell couldn’t have imagined. The problem is that it’s hard to have sympathy for the CFCF when their spokesman is Ammon Bundy, a man whose father has made statements that set racial relations back decades.

Seizing a federal building and holding it by armed force makes many in the #BlackLivesMatter movement question if they’d be treated with the same kid gloves if they occupied a federal building to protest their grievances. I think sadly we all know the response would be VERY different compared to the “wait and see” approach the Oregonian occupation has gotten so far. If Ferguson has taught us anything over the last two years, it’s that “protesting injustice” means entirely different things depending on whether you are black or white, and it has exposed a deep divide that a lot of Americans tried for years to pretend either didn’t exist or ignore despite the obvious evidence that it did.

I don’t believe that seizing federal buildings is the right way to air your grievances in either case, but I also don’t agree with the double standard that many local and federal governments and law enforcement officials in this country take, and the fact that race is so clearly a part of that double standard. It’s the very reason that response movements like #AllLivesMatter come across as racist no matter how naively sincere they might be. The fact that all lives matter should go without saying, but #BLM is about forcing people to wake up to double standards, acknowledge them, and commit to changing them while #ALM just wants to pretend it can all go away if we all love each other a little more.

The response to CFCF vs. the response to #BLM in Ferguson, Baltimore, New York City and more should be an excuse for everybody reading to “stay woke” and realize that there’s still a problem in this country. Besides at the end of the day CFCF isn’t really standing up for the rights of all Americans – just the rights of a subset of a subset of white Americans who harbor some unconscionable racists in their membership. I can’t get down with that. I still hope the dispute can be settled peacefully, but I’d rather see crooked cops in major metropolitan areas not get away with shooting little boys carrying water pistols first. There’s a much greater injustice out there than not having enough land for a few cattle to graze on and much bigger problems this country needs to solve first.

Love y’all though Oregon. I’m still coming to Voodoo Doughnut one of these days. It’ll happen.