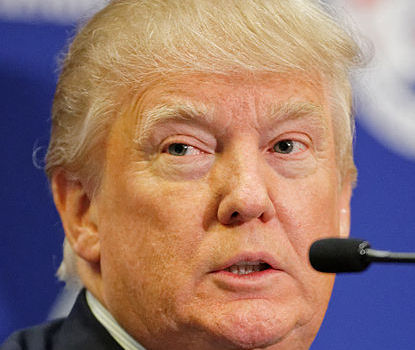 I’m Not Moving to Canada, But…

I’m not moving to Canada, but I can appreciate the sentiment.

I’m proud of living in a country where we have a democratic process, elected officials we chose, and a plausibly representative system of government. The older I get the more skeptical I get about how representative it truly is, and the more cynical I get about the amount of big money that floods political campaigns for any high office, but I’ll still take our flawed system over any other. If the cold war collapse of the Soviet Union taught us anything in my youth it’s that the communist political system doesn’t work and never will. With all due respect to our friends in the United Kingdom, the only reason they still have a monarchy is as a figurehead, because history has also taught us monarchical rule fails too. People need to have a say in who represents their interests.

My problem right now is that neither of the front runners in the 2016 Presidential election represents my interests. On the Republican side you have Donald Trump, and I can’t possibly think of a bigger clown show than him. He says the most outrageously stupid things imaginable. He’s going to build a giant wall between the U.S. and Mexico and make the Mexican government foot the bill? He wants to ban all Muslims from coming to the United States and spy on people because of their religious beliefs? How un-American is that? When even The Pope compares Donald Trump to Adolf Hitler you know the guy is bad news. Worse than that we would be the laughingstock of the world with this buffoon in charge, blustering about in every situation, showing all the tact and grace of a hog in slop at feeding time. I’m almost convinced he’d provoke a nuclear war with someone just by his sheer arrogance.

The problem is that have exactly about as much respect for Hillary Clinton as I do for “The Donald.” As much as I enjoyed ol’ saxophone playing, oral under the desk Slick Willie as a kid, he was only slightly less of a buffoon than Trump is now. He got away with it because it was largely an era of American prosperity, but he and Hillary both have a lot of dirt under their fingernails, and every time they wash it clean she gets a little bit dirtier than William Jefferson Clinton ever did. It’s hard for me to respect a clown, but it’s just as hard for me to respect a liar and a cheat, and I’m pretty sure she’s at least one if not both. Even political insiders have noted her tainted reputation makes her unappealing to liberals and moderates, and the idea of a Clinton political dynasty is just as absurd as a Bush one.

I don’t really see a viable third party candidate right now. Several people have suggested Jill Stein, but I have my doubts about her electability in the current climate. I’ve heard the argument that you vote with your conscience, not for someone who will win, but who among us thrills to the idea of a candidate who won’t even get 1% of the popular vote nationally? I honestly think Bernie Sanders has garnered enough recognition and support that he could run as an independent candidate, but that might just fracture the Democratic vote and truly usher in the nightmare of “The Donald” as our next President. I think even Sanders must recognize that possibility and would probably endorse Clinton rather than concede our nation’s highest office to a racist and bigot.

I just don’t know America. I’d much rather vote for four more years of Barack Obama, but term limits imposed after FDR make that impossible. I feel like all we’re left with now is two frontrunners I find vulgar and slimy and a bunch of small potatoes out there who can’t possibly grow big enough for the political process to feed on. If it comes down to a choice between the devil I like more and the devil I like less, I might just end up voting for Jill Stein instead after all. At least nothing I’ve read about her point of view or political causes has made me queasy (yet).