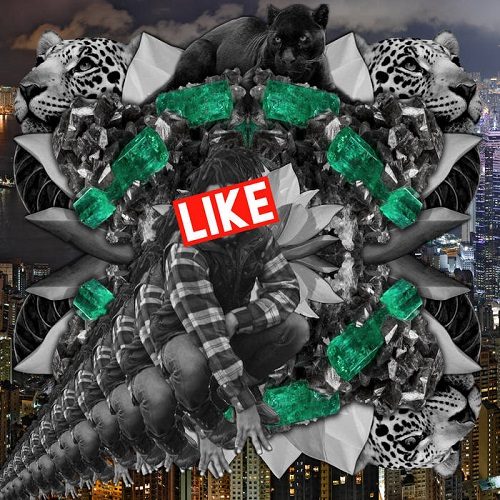 Phife Dawg’s death hit me hard. I knew he struggled with his health, but I had no idea it was so serious. His passing has made me revisit my Tribe records, something I do pretty regularly anyways, and I was reminded of just how much of an impact Tribe had on hip-hop.

I can’t help but feel Tribe’s influence on Like’s instrumental album “Emeralds.” The Pac Div member has made a name for himself in recent years producing for the likes of Kendrick Lamar, Ab-Soul, and Anderson .Paak. “Emeralds” collects 14 of his beats. The Tribe connection comes in part from the jazz influence that is all over this album, but also from Like’s combination of laid back grooves and hard beats, a combination that personified much of Tribe’s work. Then there’s the fact that Tribe contributor Dilla is clearly a major influence on Like. Like’s chopped up soul sample on “Gutterball” sounds like a leftover from “Donuts.”

Most of the tracks here are built around a jazzy loop layered over a mid tempo drumbeat. The songs were inspired by Like’s trips to Africa and Brazil, and there is a Brazilian influence all over “Emeralds.” The lazy samba of “Somba,” or the warped Tropicalia of “QD4.” There’s more than a little Madlib in the types of samples Like selects and the way he flips them. That’s not to say he’s a slavish imitator, but his influences are apparent. Which isn’t a bad thing, given his influences.

“Emeralds” takes a few left turns. It closes with a drum ‘n bass beat on “Yola Yola,” and melds jazz with trap snares on “Yes McCann.” Those are interesting, but it’s when Like is in his groove that “Emeralds” works best. Like his predecessors, Like draws a clear line between jazz and hip-hop, and spins some musical gold in the process.