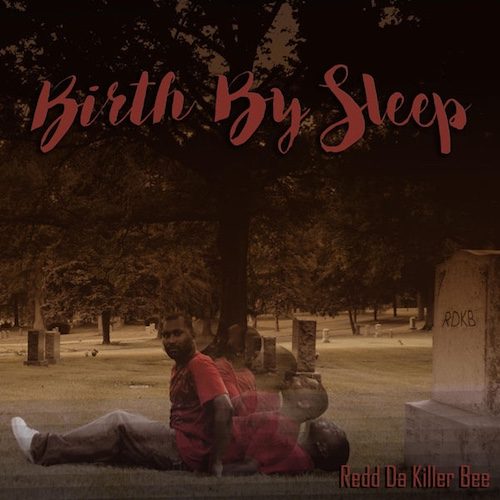 Redd Da Killer Bee is a gamer at heart — literally. The album’s title is a reference to the Kingdom Hearts

video game series and in particular a chapter of the long-running series which was originally only available for the PlayStation Portable (or PSP for short) but eventually got remixed and re-released for the PlayStation 3. I always appreciate any artists who are willing to let their gamer flag fly with no apology so Redd with two D’s was off to a good start with me. I also appreciate the fact he hails from St. Louis simply because I think people still sleep on the S-T-L or automatically think of Nelly and don’t dig any deeper.

Redd’s love of the KH series clearly comes across on tracks like “Stroke of Midnight,” “Frolic Flame” and “Royal Radiance.” Almost every song is a reference – at first, I thought “Follow the New Moon” might not be but I double-checked and sure enough the New Moon is a weapon in the “358/2” instalment. (I admit I haven’t played all of these. He’s kinda making me want to get back into them again.) What’s more important to the listeners though is what kind of emcee Redd Da Killer Bee happens to be. Unintentionally his flow reminds me of Chamillionaire – not Hakeem’s deep Houston vocal tone mind you – just the way he chops up his words on songs like “Not in the Mood.” The fact he sings the hook on this track only enhances the feeling.

“It seem like every time God try to do him
Somebody gotta try and f**k it up
I stay to myself and don’t bother nobody
but my name stay gettin talked up
Like what the f**k, don’t you got a life?
Why you worried about me tryin to criticize
Cause I’m on your mind and in your head at night
Cause you recognized that I jeopardized
your chance at tryin to be greater than
But you’re focused on me instead of bein a man”

I’m not going to go the full length to say that Redd is straight up imitating Cham, but you can’t help but think that he’s an influence and inspiration to some degree. There are certainly far worse rappers you could be like if you were going to imitate somebody anyway – I’d rather he flow like Chamillionaire than any of them. DJ AlleyCatt and Raymo, S. Jones and Yonni provide the beats, and though I don’t have the individual credits for who did which tracks in this press kit, I’ll say that collectively they do a decent job. One of the best tracks on this album is “Ambition.” It doesn’t sound like anything you’ll hear on the radio today, which I mean as a high compliment, and hopefully it’s taken as such.

Over the stretch of 50 minutes I find myself enjoying his work but not being overwhelmed by Redd’s abilities vocally. I appreciate that he doesn’t have to rely too heavily on punchlines or being clever, and that he’s thoughtful about his choice of words on songs, but nothing jumps off the page and smacks me in the face either as undeniably amazing. I don’t mean that too harshly but I have to be honest that Redd’s just “okay.” As I said before things could be a lot worse – he could be awful or downright terrible. You could do a whole lot worse than “okay” and I do see some merit in Redd’s future. If he’s willing to embrace his nerdy side and go even further with it than he already has he may find a large niche audience waiting for him on the other side.