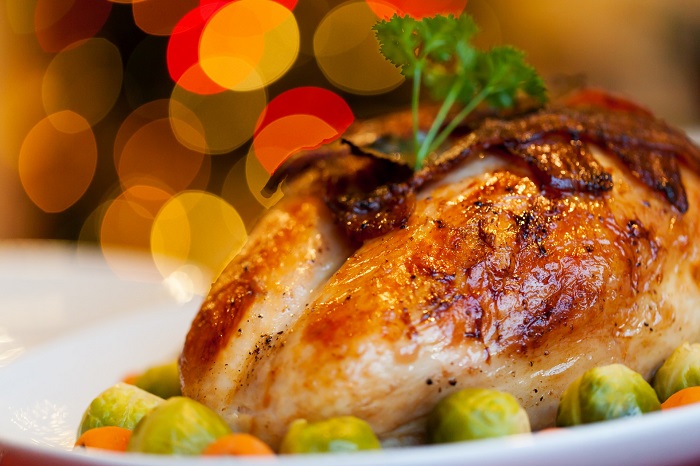 Do We Give Thanks This Year?

I know it’s hard to be thankful after the last year of divisiveness in the social and political landscape of the United States. Truth be told it’s hard to even be thankful when the holiday of Thanksgiving is by its very nature imbued with hypocrisy. The Pilgrims were so thankful to their Native American (or better yet called indigenous American) friends for a bountiful harvest that they would join their fellow Europeans settlers in trying to wipe them off the map for the next four centuries? I don’t suppose there are too many indigenous people who are thankful for that, and I’m certainly not, but we try to celebrate the intent of the day regardless by getting together to share a large meal with family and friends.

In that spirit I’m going to try to be thankful for a few things, starting with hip-hop music and culture, which gave my life meaning at a young age when I was feeling lost in a sea of redneck ignorance and intolerance, it gave voice to my feeling of despair and my desire to rise up from my circumstances. It was never meant for me nor intended for me but it still reached me anyway, and I’m always going to be grateful for that. Even now in my 40’s it still resonates deep within me, and if you believe that human beings have a soul, it’s in mine. Nothing moves me like a classic hip-hop track. It gives me a joy that nothing can take away. When there’s only silence around it is the soundtrack I hear – it’s always there.

I’m thankful that I’m a writer. I occasionally like to fool myself into thinking that I’m a decent one, and that I’m able to convey things that are important to me to you, but I’m also thankful that I get the chance to write about things that matter to my audience. If anybody thinks that RapReviews doesn’t take requests they’re mistaken – it’s not a lack of interest but a lack of TIME that keeps me from addressing more of them. If I had a Patreon account and monthly donors interested in me writing nothing but hip-hop articles and reviews, that’s all I would do. I’m only forced to divide my time between this and paying work because paying work keeps the lights on and the website up and running. I do what I have to so I can do what I love to do, and that’s share my passion for hip-hop with you all.

And if I must be fair about it I’m thankful for that paying job, which is currently writing about mixed martial arts for a living, which has become my second greatest passion behind hip-hop music and culture. I honestly see a lot of parallels that many people other than me probably don’t. It was an underground sport, a lot of people misunderstood it, even more tried to ban it or claim that it was a negative influence on children or on our society. I would never claim that MMA is a perfect sport now and that it doesn’t have room to improve, but it’s a young sport, even younger than hip-hop music, and it’s still maturing and growing. I love to see what it is now and what it can become, and I admire the passion of the athletes who work to hone their craft in so many different disciplines and combine them all into one art. There’s another parallel to hip-hop – taking different things from the culture-at-large and using them in ways that they weren’t designed for or intended.

Last but not least I’m thankful to the patience of readers like you on abridged weeks like this where my work commitments (I’m interviewing five fighters this week) inhibits my ability to write more about hip-hop. I know you want to read about the new album from A Tribe Called Quest, and I want to write about it just as much as you want to read it, but between work and family commitments that’s just not happening this Tuesday. It’s on the list. Wait – did I just say “on the list” – that’s the final thing I’m thankful for! Pro wrestling still manages to entertain me once in a while, and any time life gets me down and I think there’s no joy, I can watch Chris Jericho’s antics or a great Samoa Joe vs. Shinsuke Nakamura match and smile. So remember if your racist uncle and your Republican loving cousins get you down when you’re just trying to enjoy a little turkey and pie, take out your mental clipboard and put a sheet of paper on it, then click that unseen pen in your mind and smile. Trying to ruin my Thanksgiving with your political bulls–t? YOU JUST MADE THE LIST!

I’m thankful to all the talented writers of this website who have joined me on this nearly 20 year endeavor. Most of all I’m thankful to those I love. No matter what your beliefs, spend time with your loved ones on November 24th and enjoy them. You don’t have to agree with family, you don’t even have to like them all the time, but breaking bread with them is still good. That’s why I’ll crumple up the list and throw it away when the day’s done. Happy Turkey Day.