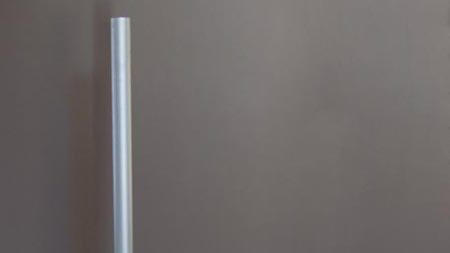 Festivus for Some (Not All) of the Rest of Us

I’m not a particularly huge fan of the sitcom “Seinfeld” starring Jerry Seinfeld and friends. I neither love the show nor hate it — I was just never compelled to watch it on a weekly basis during the years from 1989-1998 that it ran in prime time on NBC. I can’t even tell you which night of the week it typically aired. Part of that was simply the fact these were my high school and college years and I had other interests besides watching network TV on weeknights. Part of that was that I was into more “edgy” comedians like Chris Rock and George Carlin and Seinfeld seemed a little milquetoast by comparison. A few episodes have stuck with me though and “Festivus” in particular is one. The uniquely absurd holiday tradition of George Costanza’s father (player by Jerry Stiller) struck a chord.

The curious thing is that the holiday had a real origin courtesy Daniel O’Keefe, father of Seinfeld writer Dan O’Keefe, and some (but not all) of the traditions depicted in the episode actually occurred in his family on a yearly basis. The Festivus pole seen above was not however one of them – instead Dan’s father put a clock in a bag and nailed it to a wall. What’s even more curious is that ever since this episode of Seinfeld aired, this intentionally obscure and unknown holiday has become a real tradition for many, celebrated as it was on the show on December 23rd. This has even caused some right wing conservatives nutters to lose their s**t on TV broadcasts.

My own personal tradition is Christmas, and I celebrate it in a personally non-religious way. I don’t attend a service on Christmas Eve, though I did with my parents when I was young. I don’t put up a nativity display, though I don’t object to them when others do, and often admire the creativity and ingenuity that goes into them. I don’t say any special prayers, but I’ll still fold my hands if someone wants to bless the holiday meal. To me the “spirit of the holiday” has always been easy to follow in a non-denominational way – you are kind to those closest to you and they are as well. You share a meal, you share laughter, you share your beverages, and you exchange gifts with them within reason (you don’t break the bank or go into debt). If you like to donate to charity or volunteer at a soup kitchen this time of year those are also fine traditions. If you like to attend elaborate Christmas plays based on the story of Jesus’ birth, that’s fine by me. If you just want to watch “A Charlie Brown Christmas” and sip hot toddies with your friends, that works too.

If I may be so bold though “a Festivus for the rest of us” isn’t such a bad idea. On one hand I mean that in a broad sense because not everybody is Christian and/or celebrates the Christmas holiday. Maybe you celebrate Chanukah, or Kwanzaa, or you’re atheistic and don’t celebrate anything at all. I think that’s fantastic. I think our modern society has room for all faiths AND no faith. On the other hand I think even a made up holiday like Festivus is valid, because somewhere along the line somebody made up the traditions of Christmas as well. Clearly a jolly fat man in a red suit who comes down chimneys and gives good kids presents has nothing to do with the birth of Jesus. Christmas trees? Well as The Young Turks point out above, that was actually a pagan tradition co-opted by Christians. So my advice to you this time of year is to celebrate OR NOT exactly the way you like, and respect the choices of others who do the same, because the only way we’re all going to get along on this crowded planet of over seven billion people is to respect each other. Put up an aluminum pole if you like, engage in the feats of strength, but most of all spend as much time as you can with the people you care about and vice versa. That’s all that matters whether it’s Festivus or not. Happy Holidays to you all!