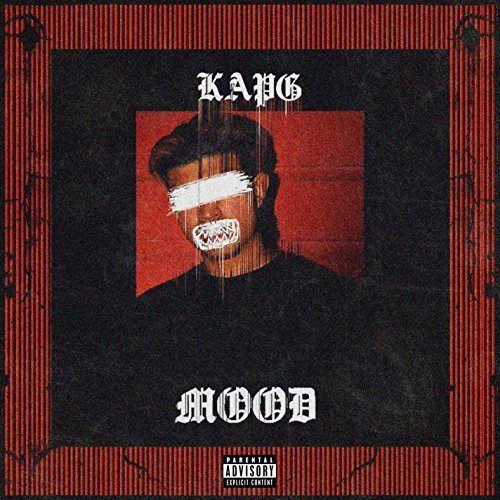 Kap G is no stranger to hip hop. With a slew of projects under his belt, the Atlanta rapper has done his fair share to earn his place in rap. His newest project, the “Mood” EP, is yet another contribution of sharp flowing, well-delivered bars from G. As they are on his much of his previous work, the lyrics and song concepts of “Mood” are not particularly complex or deep at all times but these rhymes are extremely deliberate feeling and delicately put into place.

The first track of the EP “Slumped” contains a monotonously simple hook and lyrics that may not stick out, but even at face value Kap G’s words exude a strong sense of earnestness and trap charm. This may seem like grasping at what is not actually there, but what must be noted is that the main ingredient in Kap G’s work is his tonal delivery and flow. These tools transform what would otherwise bore the listener to death into a promising track.

Rising star Lil Uzi Vert and Gunna join Kap G on the second track “Marvelous Day” in an impressive way as Vert and Kap G’s flows compliment each other beautifully. Kap G makes rather dull lyrics about being hated on and flying to Dubai sound interesting with his carefree but sincere delivery. Nevertheless, the fact still remains that these lyrics are damn near close to a snooze fest. For example:

There is not a great deal to absorb in these lyrics but the bright side is Kap G’s vocal style as a rapper.

The final track on “Mood” is the underwhelming “Big Racks.” This song contains the same strengths and weaknesses as its two predecessors on this EP but with a decent 50 Cent reference where Kap G raps:

The production on “Mood” isn’t a mediocre effort. These beats do some justice in the form of simply backing Kap G’s words. The meager synths and drum hits all over this EP do not do much standing alone, but provide some support for the vocalist.