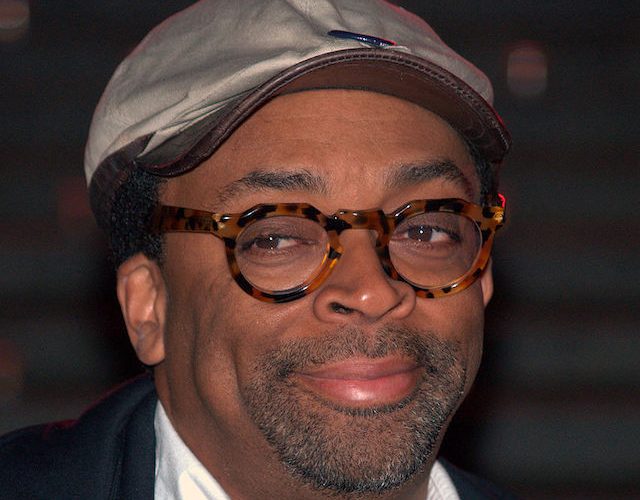 I was only 15 years old when “Do the Right Thing” hit theaters in the summer of 1989. I might not have even been aware of this fact were it not for shows like Yo! MTV Raps and Pump It Up, because movie theaters where I lived blatantly refused to carry or show the film. Fortunately the video for Public Enemy’s “Fight the Power” was shown in rotation anywhere hip-hop music videos were seen, and those same malls where the movie wasn’t shown in their cineplex still had the soundtrack and cassette single in their record stores. I was already a die hard P.E. fan thanks to their classic sophomore album “It Takes a Nation of Millions to Hold Us Back” but “Fight the Power” solidified that respect and took it to a whole new level.

Spike Lee directed two different versions of music video, so even without seeing “Fight the Power” I still managed to get a taste his style of film making. When I eventually got to see it as a rental I was blown away. I had to stop mid-sentence and think about how cliche it sounds to say you’re blown away by a film. I need to re-iterate that I grew up in a place where even a family friendly comedy like the Fat Boys flick Disorderlies couldn’t get onto a movie screen anywhere within a 60 mile radius of my home. It was not exactly a progressive place, nor was the racially tense Brooklyn depicted in the film. Racial epithets and slurs flew back and forth between black men and Italians in a provocative way that (without giving away too those who haven’t seen it) ultimately provokes a riot where a young man is killed and a neighborhood shop burns down.

Although the film was immensely successful and helped launch Spike Lee onto the A-list of Hollywood directors, he failed to win the Academy Award for “Best Original Screenplay” at the ceremony on March 28th, 1990. Three decades after the movie that made him an internationally known director, Spike Lee has finally won his first (and long overdue) Academy Award for BlacKkKlansman. Based on the real life story of Ron Stallworth, the movie dramatically (and at times comedically) depicts a black detective being able to infiltrate a chapter of the KKK by impersonating a racist white man over the phone. When face to face meetings were required, a fellow white officer would go in his place, and in real life his true identity has never been revealed. The film obviously takes some license with these facts but mostly tells the true story.

It’s almost criminal that the man who directed everything from Malcolm X to Chi-Raq had to wait this long to get the recognition he was due, but as the old saying goes “better late than never.” I want to take a moment to thank Mr. Spike Lee for the powerful legacy of cinematic masterpieces he has acted in, directed or produced over a 30+ year career. It was a long time coming but in an America that has been racially divided by the evil xenophobia of Donald Trump, it feels like this could be a much needed moment for us all. Lee didn’t need this to vindicate his career — his films speak for themselves — but I’d dare say we as a country needed him to win this year. The long wait is now over.

Congratulations to Charlie Wachtel, David Rabinowitz and Kevin Willmott for co-writing it and again to Mr. Lee for “Best Adapted Screenplay” at the Academy Awards.