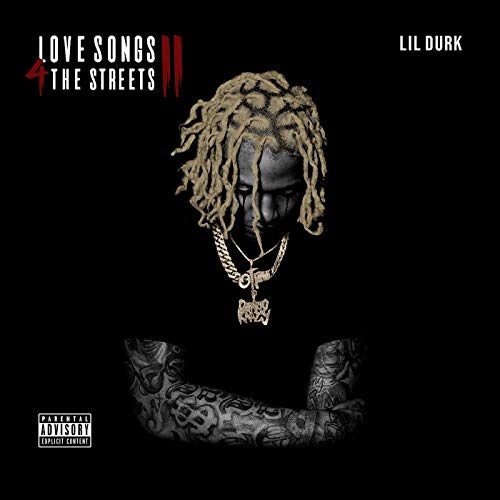 I love our RR team. The core contributors are some of the best hip-hop writers I know, and the alumni of the site have gone on to even greater heights in reporting, reviewing and covering the culture. I’m just the guy who started this site 20 years ago — they are forever the stars, not me. Y’all shine and bless me with your content each week, so thank you for that.

If I had to criticize our team though the ONE thing I might say is that I seem to be the only one who thinks about drill music or puts any shine on it. I realize the Chi-Raq sound is not for everyone. Some days it’s not even for me. I attribute that to the fact I’m getting older and the rap game keeps getting younger. I’ve got so many gray hairs that if I go to a Wu-Tang Clan concert people think I wandered into the wrong place by mistake. That’s okay though. I’ve never really “fit in” anyway. I’m too nerdy and awkward to ever be a cool guy, and I’m definitely too rural Midwestern to know anything about the mean streets of Chicago’s roughest neighborhoods.

My appreciation for albums like “Love Songs 4 the Streets 2” comes from the fact that I know what I DON’T know. I can’t speak on the reality of the violence that’s a daily hazard of life on the South Side. I can’t be targeted by the police just for walking or driving around. Lil Durk understands these realities and speaks truth to power on songs like “Locked Up”. It may be a cliche of drill to talk about friends and family who are doing bids, but it doesn’t change the fact black men are five times more likely to be locked up which means it’s a cliche born true by circumstance.

“I can’t see your face, we talk through cell phones
I salute you a thousand times cause you ain’t say nothing
It hurt your heart your kids keep telling you you a jail bird
You don’t complain when you don’t get visits cause you’ll get mail first
You lost yo’ guys, half your sentence and it still hurt
Please don’t think about the streets put yo’ appeal first
Before I ever tell a lie, I get it real first
Before I ever tell a lie, I’ll give you the real dirt”

That kind of loyalty is what makes Lil Durk a cult hero to his friends, family and fans throughout Chi-Raq. With “Love Songs 4 the Streets 2” though he’s trying to extend his reach beyond that core base. Heavy censorship would be required to get “Extravagant” spins anywhere beyond Spotify and YouTube Music, but that won’t stop his duet with Nicki Minaj from gaining new fans. “I heard you wanted to do a freaky song with the Queen – what’s good?” purrs Minaj. He responds “Bend you over/scratch yo’ back up” and gets just as freaky as she wanna be.

It’s a funny way of bragging but that’s one of the underrated aspects of drill. Even though it is at times dark and nihilistic, it’s also witty and humorous and filled with pride. He enjoys the fact he went from being told he “ain’t make my GPA” to being on “the Jimmy Kimmel Show”. If that makes him bougie then let him be. It’s usually used as an insult to people who are too ostentatious about their lavish lifestyle, but Durk is entitled to show out.

Unfortunately for many drill rappers jealousy and envy go with the turf in Chi-Raq, and once you start flossing the bullets start flying. “Wooh” featuring Key Glock is a reminder that “me and the streets ain’t compatible” and that “killers turn to groupies” once you make it big. That’s what makes it so dangerous to succeed in the genre. What’s even sadder is that it’s not even endemic to South Side. The same thing happens in South Florida. Young black men make it big and make enemies at the same time.

Despite that “incompatible” dichotomy, Lil Durk refuses to abandon the streets that love him and made him who he is. “I’m in the studio with killers, trying to get out my feelings/I be tryyyyyin but I can’t”. You’re wrong Durk — you just did. Durk puts his heart and soul into crooning on the title track, dedicating the song to everyone even “the ones who doubted me” and makes it sound dope as he “puts Chicago on my shoulders“.

Why do I love Lil Durk? It’s not just because he has love for the streets (or “Love Songs 4 the Streets 2”), it’s because he does more than just glamorize or fantasize about trapping, robbing, and killing. I know shit is all kinds of fucked up where Durk comes from, and he’s entitled to talk about what he’s seen or heard about. Hell even if he hadn’t he’d still have artistic license to make it up for the sake of a good song. Durk is more than just authentic though, he’s creative and compelling. He elevates drill from a regional art into a crossover territory that may earn him more haters but will definitely gain him more fans. I can’t make anyone at RR give drill a chance but “Love Songs 4 the Streets 2” would be a good place for them to start.