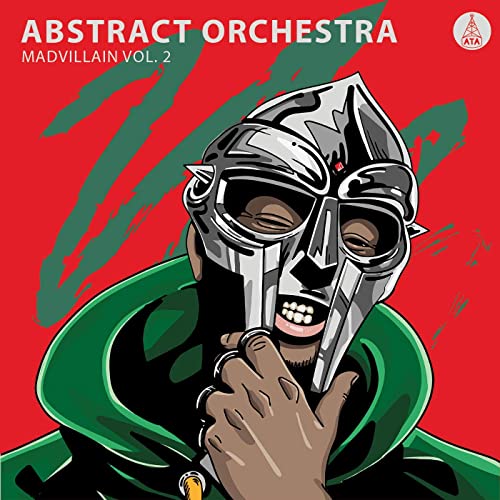 After going “Back to the Lab” for the first volume, it was only natural that we take a look at Abstract Orchestra’s “Madvillain, Vol. 2.” These may feel like posthumous tributes given his unexpected passing in 2020, but both volumes were recorded while he was still here. Given Daniel Dumile’s penchant for crate digging and music production, he was no stranger to releasing instrumental compilations of his work, so this Orchestra’s work is perfectly in sync with his own vibes. The only difference is that is an actual orchestra recreating the songs, complete with vocalists making cameos to reproduce parts of the samples as needed.

There’s a surreal and atmospheric vibe to hearing songs like “Eye” from “Madvillainy” performed this way. Otis Jackson Jr. (Madlib) and DOOM seemed to literally see eye to eye in their musical philosophy, so the feeling that comes from their Madvillain sessions transcends their individual work. Even short tracks like “Rhinestone Cowboy” have new spirit breathed into them by Abstract Orchestra, with the horn section stabbing the air to punctuate the bars. It makes you wish Dumile had performed it with them.

Happily the Orchestra doesn’t just copy songs like “Operation Lifesaver.” This is more freestyle jazz than an “orchestra” per se. They take the original idea behind the track, they resemble it closely enough that you can recognize the song immediately, and then they start to riff on in and over it to take it in a whole new direction. It achieves that gestalt where the sum of all the band members becomes greater than they would be individually.

While I did thoroughly enjoy “Madvillain, Vol. 2” I must also admit it seems like they covered a lot of the best ideas on “Vol. 1.” They did manage to do one thing on this album that they didn’t on the last one though — an actual track WITH Dumile providing rhymes for their beats. The result is the “Air (Remix)” and it’s probably going to make you shed a tear and pour out a beer for the fact there’s no chance for them to ever do this again.

I enthusiastically recommend “Madvillain, Vol. 2” to fans of MF DOOM, Madlib, or Madvillain. I think the first volume is stronger than the sequel, but both albums back to back encapsulate the signature sound that made “Madvillainy” a special event in hip-hop that’s worth celebrating.