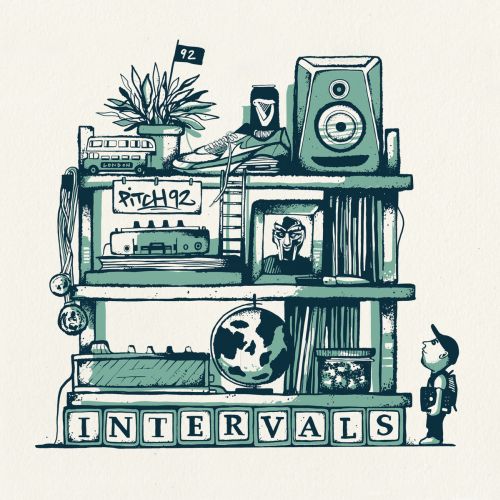 A common complaint often aimed at UK Hip Hop is its reliance and outright mimicry of 90s New York rap. That dusty boom-bap aesthetic that came to define much of the 2000s output in the UK often held back the scene’s growth. British voices over an American soundscape that was great if you were into Hip Hop, but it often preached to the converted. It’s a fair point, but sometimes you just have to say “F’ that” – dope music is dope music. Being part of that converted fanbase, I lapped up the era of Jehst, Klashnekoff, and Skinnyman. This felt like a scene that blossomed before the Internet truly took over. I remember passing around Task Force CDs at college like they were exclusive items only certain people knew about. This was when you could hear Blak Twang on the radio and “Murda” in the club.

Pitch 92 is very much cut from the same cloth as producers from the late 2000s and it’s not surprising to hear his journey from Mouse Outfit beatmaker to collaborating with Verb T and countless other veterans from the UK scene. It’s a clean, modern take on tried and tested territory – something that proved fruitful with 2019’s “3rd Culture” – a smorgasbord of emcees tearing it up over Pitch’s production. What caught me off guard on “Intervals” was simply how consistent this project is – consistently excellent.

We’ll see what Spotify has to say at the end of the year, but I swear my most played song of 2021 is Verbz’s “Comin’ Home”. The beat is so damn simple, yet so ILL and the way Verbz glides over it just opens it up for countless rewinds. Pitch 92 continues to find the right beat for the right emcee throughout this album.

Kashmere has always sounded godly over hard drums with that commanding presence he possesses, and his all too brief track “Iph-Ro” is a nice taster for his project on High Focus Records. That fantastical approach continues on “Wife of Odin” with Doctor Outer and it helps break up the grounded reality running through much of “Intervals”.

There’s substance alongside the style, with Kofi Stone documenting the state of modern Britain over another crazy Pitch production.

Before we continue, let’s take a second to put some respect on Jehst’s name. Over two decades he’s been killing it and he’s still delivering finely crafted verses. Pitch once again manages to make this feel like a Jehst track with that haunting bass evoking memories of “Monotony” and “England”. There’s always been a drab bleakness behind many of Jehst’s best songs, sonically at least, and Pitch clearly understands what makes his music so timeless compared to some of his peers.

Confucius MC’s “Lullaby” sums up the mood of England still reeling from both a pandemic and the economic effects of Brexit. It’s sombre, yet hypnotic, as is Dr. Syntax’s “On & On”, another standout collaboration highlighting the numbness and depression that’s essentially the new norm today. There’s a bleakness behind all this dope production that’s thankfully not overbearing but it’s telling to hear an album capture the mood of a nation so well.

I was less keen on the Manik MC track “365” and ASM’s “Sacred Path”, primarily because their vocals felt overbearing where the other songs had vocals that felt equal to the production. Pitch 92 is great at tweaking his beats to fit the emcee he’s working with, but Lord Apex on the thumping “Suttin’ in the Trunk” doesn’t really do the beat justice either, which is a shame as Pitch kills it once again.

Minus these few tracks, this still ends up being of the most impressive hip-hop records of 2021. The star of the show here is Pitch 92 and as the album closes with a smooth instrumental and the term “1992” scratched in, you’ll want to go back and listen again and again. This is the CD I’d be sharing around the school.