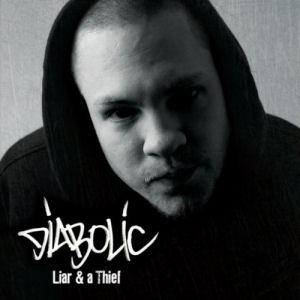 "Yo nigga why u only listen to gay shit now u used to be madd hype about jmt and obie trice and shyne now I hear you drivin by the crib with party in the usa crankin all loud and shit what happened lol u shaved ur mohawk off and went pop now kid?"

Now, I've never cared at all about what anyone else has had to say about my taste in music. During my tenure on various message boards I was labeled as having "the worst musical opinions", and to make matters worse, a good amount of my friends are violently apprehensive about letting me anywhere near any device capable of playing music. (None of the individuals that have branded me as having poor taste in music have gone on to write for highly reputed and well-established music reviewing platforms, but that's beside the point.) I don't really know what it is about my ear that renders it incapable of enjoying much of the same music my friends do, but one thing I do know is that I will never be apologetic for enjoying the songs and albums I do.

It's not that I don't think Tool are extremely good musicians, I just think their songs are boring as shit. It's not that I don't think Pink Floyd were virtuosic and way ahead of their time, I just don't derive any pleasure or excitement to listen to a song that's nine minutes long just because someone else tells me it'll "blow my mind" if I listen to it after blazing some reef. However, there is a degree of truth to the text message above. Back in High School I was wayyyy into underground acts such as Jedi Mind Tricks, Chino XL, Madvillain, and Cage. Up until his most recent release there was not a Canibus album released after "Mic Club" that I didn't buy the day it came out. Hell, there wasn't a verse by Jus Allah that didn't make me bug out. I even bought that weak "All Fates Have Changed" shit twice. There was just something primal about that type of music, and an excitement I'd get when I heard a line or rhyme scheme that I thought was dope.

Over the years however, I've found that battle rap and punch lines just don't excite me like they used to, and perhaps I had outgrown my fondness for that sound. After a while though, the text began to nag me to a degree, like a fly in the bedroom that insists on flying in circles continuously, creating a "flickering" in the corner of your eye. So, I nosed around for some new "underground" shit, and stumbled upon "A Liar and a Thief".

"A Liar and a Thief" boasts a formidable lineup of collaborators such as Ill Bill, Canibus, Immortal Technique, and Vinnie Paz (all of whom murder their respective guest spots), and also is produced almost exclusively by Vancouver, Canada beat maestro Engineer, whose work I have previously enjoyed on past Canibus, Sean Price, and Glasses Malone tracks. Other producers include John Otto (of Limp Bizkit), and Sivey, who laces the lethal Diabolic / Canibus collab track "In Common". Diabolic definitely made some wise decisions in regards to production for this album, particularly, enlisting Engineer for the majority of the seventeen songs on this disc. Engineer's ear for melodic and articulate compositions, and ability to channel them into beats that knock is exceptional, and in most cases on this album, quite appropriate for a rapper like Diabolic. I would describe it as "beautiful brutality". I can't imagine it being difficult to realize fairly quickly that Diabolic is a very talented rap artist, skillfully employing a vast vocabulary and razor sharp rhyme schemes that do a beautiful job of permeating into his production. Another admirable skill he possesses is the ability to sustain interest in his solo tracks, making it easier to play the album front to back rather than just skipping around between the collaborations.

I usually include lyrical quotations in my reviews, but Diabolic's pen game is so consistent that there would really be no point. This guy can spit. If you don't want to take my word for it, check out "Reasons". Diabolic rips the shit out of a banger supplied by Engineer to a degree that makes me wonder why it took me so long to hear about him. The rest of the tracks on "A Liar and a Thief" are no different, and there really aren't any weak songs. Recently, I've fallen madly in love with the new Kanye West album, to the point that I would put it in my personal top 10 hip hop albums of all time. I don't think I played anything other than that album since the day it leaked up until when the time came to write this review, and I believe it speaks to Diabolic's skills as a rapper, and the stellar production on "A Liar and a Thief" that I enjoyed this album enough to consider it a listening pleasure, rather than two hours of work (the average time it takes for me to write a review) necessary before I could get back to the Kanye LP. That's the thing about hip hop though, if the beats are hot, the rhymes are tight, and the artist can carry a full length disc without sputtering or losing momentum, there will always be an audience. There will always be a relevance. It's a beautiful thing that an underground rapper like Diabolic can put out an album with up and coming producers, be somewhat under the radar, and still coexist among artists such as Kanye West who release albums that cost three million dollars to create. The hip hop universe is vast, willing, and able to accommodate stars of all sizes and densities, and one could spend a lifetime exploring it and making new discoveries. That's why we love it.