:: Bandcamp
as reviewed by Sy Shackleford 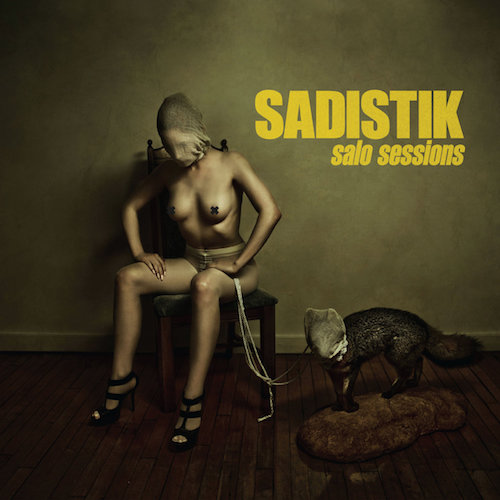 At the time of his third solo release, 2014's "Ultraviolet", it was stated that Sadistik began working on it immediately the day after his sophomore album, 2013's "Flowers For My Father", was released. What's evident from this is the Seattle native's work ethic: By relentlessly pushing himself on each album to refine his writing and lyrical style, Mr. Foster has become one of underground hip-hop's most intriguing and persistent talents. Though seemingly dreary and depressive, Sadistik's music challenges even the most astute hip-hop listeners with unconventional production, topics, and lyrical ability.

The first offering from his recent six-track EP, "Salo Sessions" is "Waves". While it doesn't set the tone for the EP, the airy vocals, lush production and frequent references to colors and visuals imply a theme of synesthesia. "I am pathetic Ôcause I'm empathetic" starts of the song's first verse and caught this listener's ear as it is a rhyming homonym within a bar. While Sadistik has a knack for poetic descriptions of his internal struggles, he's also aware of the need to break the monotony. Case in point, the SXMPLELIFE & Mike Device-laced "You Dead". Backed by a menacing trap-sounding beat, Sadistik experiments with his flow and lays a braggadocious smackdown along with his guest artists, Nacho Picasso & Mr. Muthafuckin' eXquire:

"Videodrome" has several unique aspects to it. On one hand, it's a reunion with producer Kid Called Computer. It's also indicative of Sadistik's cinephile proclivities as it's a direct reference to a 1983 sci-fi thriller of the same name. Sampling pivotal lines from the movie, he compares the current state of hip-hop music to the movie's concept: A television station distributing violent and torturous programming. He also lashes at critics who ignored him until he was more than a half a decade into his career:

The second half of the album is like a crescendo building to its closure, a literal threnody appropriately titled "Mourning Glory". Produced by Eric G., this song contains two verses of Sadistik's most tongue-twisting, alliterative elegiac rhymes. What's also interesting is how he switches his flow when transitioning to the second verse: If "Salo Sessions" is merely an appetizer preceding the main course in the form of his upcoming LP, then I can't wait to dig in. Sadistik's topics may not be every hip-hop fan's cup of tea, but his expressiveness and technical skill in crafting rhymes that draw inspiration from literature, cult cinema, his city, and his own personal experience can't be denied.