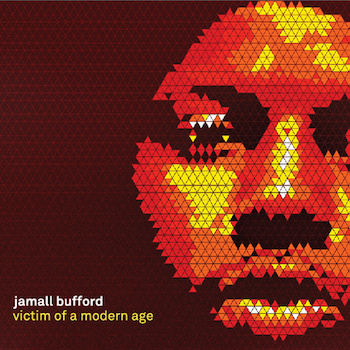 Athletic Mic League and Black Opera member Buff1 is now rapping under his real name of Jamall Bufford. He's linked up with the right imprint to get widespread distribution, Mello Music Group, and dropped the album "Victim of a Modern Age." It's far from his first solo album though - he was already gaining fame from his debut album "Pure" back in 2007. He's also made lists like URB's "Next 100" as recently as 2009. In all truth he should be a much well more known emcee than he is right now, which may be part of his motivation for dropping his nom de plume. After all if you have to get people to know you at this point, you might as well get them to know you as yourself. He's not afraid to take chances though - he and 14KT reinterpret Beck on the song "Loser."

Operating under his "grown man name" these days, Bufford discusses on the album (and in fact on the above track) how he spends his time counseling wayward youths at a teen center. This puts the already rare Bufford in an even rarer category - those who walk the walk and don't just talk the talk. Here's what he has to say about his work with troubled youth in his own words:

Uncharacteristic honesty is one of Jamall Bufford's defining traits. He can't just claim to be a savior to the youth, and he's not letting you operate under the false pretense he is, but the fact he's not a phony makes him that much more of a positive presence. You can hear that same truth resonating through the song "Nineteen" when his father calls and says they need an intervention for his little brother who is "in the streets crazy, thinkin he grown and can't nothin faze him."

Every time 14KT produces, he produces a track to good effect, like crispy clean percussive sound of "Higher." He's not alone though. Slot-A laces both short cuts like "Wishing Well" and longer joints like "2 Faces" and "Travel Light." Doc Illingsworth nails pianos to beats blissfully on "Eat." SK rocks out the spartan opening for "Victim of a Modern Age" and lets it build up organically, while Bufford chastises emcees who "use 'Pac's name in vain." The album has samples of "A Clockwork Orange" throughout, notably at the end of "Wishing Well" and "Love & War," which helps to explain where Bufford got the album's title from (a famous line from a man whose wife was raped in the film). Even without those snippets though, the goal of Bufford's raps would be perfectly clear - to share his life with the listener through rap without any pretense of false fantasy. Bufford isn't pushing a big whip or rocking an iced out chain, and in truth he'd rather you didn't succumb to those fantasies either - or you'll be a "Victim of a Modern Age" too.