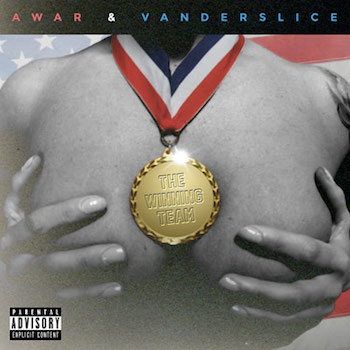 It's an inherent prejudice of mine to see wrestling references where they don't exist, just because I'm a fan of the squared circle as entertainment. Everybody has their bread and circuses - it just so happens watching grown men in spandex jump off the top ropes with double axe handles to their opponents happens to be mine. You probably think it's silly. On any given week watching WWE, I probably think it is too. You can't really take a man in a bunny costume hitting a double leg takedown seriously, no matter how technically well executed the move is. Every once in a while though the silly transcends to the sublime. Some stories can be told in any forum. David slaying Goliath is no different than Daniel Bryan beating Triple H or Batista. Sometimes when it's done right you can appreciate the heroes AND the villains of the genre, who like any good novel or Hollywood movie, are written larger than life while still having real life motives and goals the audience can relate to.

I distrusted my inherent prejudice when the cover of AWAR & Vanderslice's "The Winning Team" immediately reminded me of Kurt Angle. I've spent too long watching the man who (legitimately) won the Olympic gold medal "with a broken freaking neck" brag about his accomplishments while sporting an imitation of said medal around his neck at wrestling events both televised and live. The pair of hands holding a pair of breasts convinced me I was wrong - it was just a clever double entendre for the "winning team" whether a good set of tits or a good rapper/producer duo. The fact that a gold medal hands down between her cleavage just proved the "win" was valid. And yet the moment I hit play on this album I realized my wrestling instinct was dead on - Tony Schiavone introduced "the national tag team champions" and Ole Anderson immediately extends an invitation "to anybody - truck driver, bartender, whoever you happen to be" to come and "give us a try" and see if you're tougher than him and his partner. The interview is purposefully clipped to prevent me knowing whether his partner is Arn Anderson or Thunderbolt Patterson. Believe me I tried Googling the promo. It appears to also be purposefully hard to find - probably used because they didn't want anybody to come after them for sample clearance.

AWAR continues to make wrestling references throughout the hour long "Winning Team," both in terms of the samples spliced between songs, and the occasional lyrical references on songs like "Spring Training" when he says "In an industry designed to kill a militant mind/I hit the +Killswitch+, that's my will to survive." (Non-wrestling fans - that's the finishing move of WWE's Christian.) The outro of "Rotten Apple" has one of 'Nature Boy' Ric Flair's most legendary rants (that sample can't be obscured) where he brags about being a "real man" and who wears "lizard shoes, and a Rolex watch" and has "a limousine sitting out there a mile long" full of women. At that point it's no longer a coincidence - any more than Action Bronson dedicating an entire song to perennial wrestling jobber "Barry Horowitz." Flair samples continue to pop up throughout the album, which leads me to think it must have been the team of Ole & Arn, who were inaugural members of the legendary Four Horsemen stable (until Ole was kicked out).

I would have enjoyed "The Winning Team" even without AWAR playing to my obvious wrestling fandom. As noted on my review of "The Laws of Nature" the only drawback to his lyrical flow is that it occasionally borders on feeling constructed/forced as opposed to natural. That doesn't mean he's not a good storyteller though, and Vanderslice is a natural fit as a producer. He worked with AWAR on tracks on the previous album, but this time took over the entire musical landscape "except where noted" when Green Steez lends a helping hand. Speaking of help, AWAR has packed this release with an all-star roster of guest contributors - Has-Lo, BJ the Chicago Kid, Freddie Gibbs and Roc Marciano just to name a few.

The one clear exceptions to the rule I can find are the Jaisu produced "Rotten Apple" and the Trox produced "Reincarnation." Much like finding one Anderson to swap into the tag team to replace another, the combination still works. The R&B backdrop is the perfect set-up for the slow flowing AWAR to compare his "old me" to the "new me" and show how he learned from mistakes to better himself. I have to admit that "The Winning Team" may be more appealing to me than it would be to other listeners given the fact that AWAR is clearly a pro wrestling fan too and we can vibe on a similar level. On the other hand I think tracks like "Another One" and "Cloud 9" featuring Latoiya Williams are dope enough to be appealing to all hip-hop heads, not just the ones who pay $9.99 a month for the WWE Network. I think it's only right for AWAR to dub his partnership with Vanderslice "The Winning Team" because he's only going to be better working with a skilled beatmaster who shares his vibe.