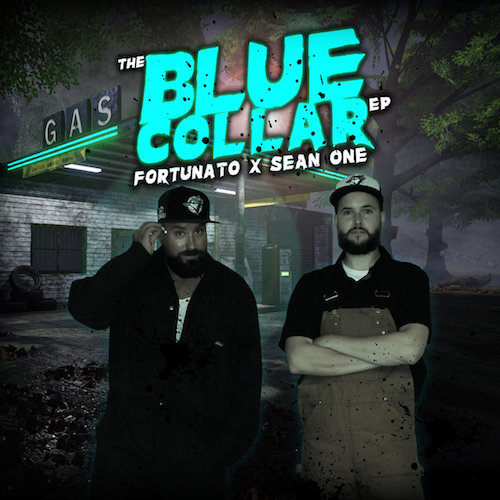 Every now and then I break the fourth wall like Deadpool with a review, and even though I'm no merc with a mouth, I'm not afraid to pull back the curtain and show you what goes on behind the scenes. I think that kind of honesty is important between the writer and the reader -- if we don't have that relationship then what the f#%$ are you doing here reading our long-winded reviews anyway? If there's one thing you know about RapReviews it's that we aren't going to BS you one bit, even if we've pissed off a few rappers and producers (some that I'm personally fans of) along the way. You always know that whatever opinion you read is 100% on the level from the author, whether or not you agree with what I or anybody else on staff had to say.

My point here is that I feel like it's a problem when I seem to be the only one here who reviews Canadian rappers in general or URBNET Records in particular - arguably the forefront of the scene up North. Now it's true I've professed my admiration for the scene in the past, and I feel there are a lot of kindred spirits in the country. I f#%@s with any rap scene where the heads appreciate hockey and pro wrestling as much as beats and rhymes, and if you hand me a Molson you'd better hand me another because I already drank the first. That being said it concerns me that I've got some sort of bias built in to be pro-Canada, and the more I'm the lone wolf on staff the greater my concern becomes that I'm not giving y'all the fair and balanced coverage you deserve. I don't want to think anybody gets a break just for being from Toronto, Halifax or Montreal - you're either dope or you're not and that's all that should matter.

Fortunately for me Fortunato has come along to help me bring balance to the Force. Now at the outset he's got everything going for him that an independent artist could want - production from Sean One, a well established underground label in URBNET, and some obvious connects with other dope indie labels/artists. Duck Down is heavily represented on this short 23 minute EP, with General Steele from Smif-N-Wessun on the opener "I Am," and the late great Sean Price on "Don't Drink the Kool-Aid." You could hardly ask for a better road to success.

The problem is that it's just not enough. There's something about the way Fortunato spits that feels forced every time he spits, like he really admires hip-hop and cares about the microphone arts a lot (I can relate), but he can't help his natural tendency to "speak" as opposed to "flow" on the beat. It probably doesn't help on "Ain't Nobody Know" when he goes out of his way to point out his lack of melanin.

"Spitting freestyles, I would represent all day
Trying to get respect, but instead I got called names
Called me a wigger and a cracker rapper
First show I did, all I heard was chants and laughter"

Since he's well liked enough to be down with Boot Camp, he didn't even really have to go into all that, because after all they're the label that made Dru Ha a household name -- so big up to the B.C.C. for being down with the non-brown. Still once he goes out of his way to point out this traumatic chapter in his life, it kinda ferments in your head what you were already thinking, and whether it's fair or not you were thinking "This dude sounds white." Put me on the track and I'd sound worse, so I respect what Fortunato is throwing down, and he's got an above par producer laying down his tracks. If you want to hear one of the last records Sean P ever did you'd probably pick up "The Blue Collar EP" on the strength of that alone, and I wouldn't fault you if you did. Like one of Fortunato's better tracks though I'm an "Honest Man" and I've just gotta say it like this - not everybody from Canada can be dope like D-Sisive, Madchild and Dan-e-o. Some people are dope, some people are good, some people are average and some are just garbage - just like any other scene anywhere else. Fortunato's not garbage, but he's just barely above average.