ChessClub :: These Flowers Are For You 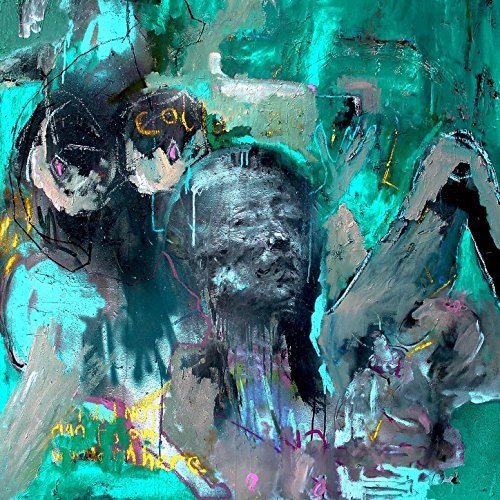 Among some of my Canadian friends "newfie" is a word used in a joking but occasionally derogatory manner. I suppose the American equivalent would be "hillbilly" or "yooper." It's a way of saying someone is from the back country, unworldly and unsophisticated, and quite possibly ignorant of the world at large. The derogatory context in this case is that "newfie" is shorthand for the province of Newfoundland and Labrador. Someone from there would no more appreciate being called a "newfie" than someone from rural Kentucky would appreciate being called a "hillbilly." As with many loaded words in the human language, it's only funny until someone's feelings are hurt, and then it's the furthest thing from funny in any way.

Curiously the press release for ChessClub hinted at this uncomfortable relationship between slang and province. "Hip-Hop has not traditionally thrived in St. John's, Newfoundland." No kidding. A city with a population of just over 100,000 with no connection to the rest of Canada spiritually OR literally before 1949 (when Newfoundland became the 10th province) having a reportedly 98% homogenously English speaking poulation doesn't scream "thriving multicultural hip-hop metropolis" the way Toronto or Montreal does. I struggled to think of any major rap artists from Newfoundland and came up blank. After Googling around I managed to find exactly one article about hip-hop artists in Newfoundland and wouldn't you know it's about ChessClub. In an either fitting or ironic note the press release for "These Flowers Are For You" note the group now resides in Toronto. Well then.

Hopefully the success of ChessClub on the Canadian scene including their current relationship with URBNET Records can put some "newfie" myths and jokes to rest. Maybe they'll even inspire some younger artists from St. John's to believe they can make it big too. If they follow ChessClub's example they are going to wind up sounding like a blender mix of Sweatshop Union and The Internet (OFWGKTA). Andrew Lahey, Matthew Murphy and James Piercey are serious about their wordcraft, while producer Adrian Gagnon tends toward ethereal and ambient beats. It's an odd juxtaposition that on "Modern Man" actually wound up reminding me of the background tracks from a recent Nintendo Switch game I've enjoyed/been frustrated by - Celeste.

Even the album's lead single and first video "Amelia Earheart" can't get away from sounding like new age electronic hip-hop. It starts out with crooning, switches up to rapid fire beats, changes to sing-song lyrics and then picks up at an even faster spit pace. Interludes between bars sound more like a meditation ritual than hip-hop, though there's enough of a bass hit to keep us grounded in the here and now. The feedback on the video is surprisingly like my own listening to the album - two-thirds upvotes and one-third down. I appreciate that ChessClub are not simply copying the trends of the day and doing "wavy" music or talking about popping mollies and crashing parties, and at times there's a strong hip-hop undercurrent to even the most R&B of tracks like "Marking Time" in the strong percussive notes. At times I really appreciate the flavor that ChessClub brings. From "Supernova" to "Beautiful Suffragist" though ChessClub definitely brings what the press release calls "layers of rich, textured, modern sounding production, married with dense, introspective lyricism" forward in a way that might actually be like a triple layer chocolate cake with chocolate frosting and chocolate sprinkles -- it's TOO DENSE AND RICH. I want to get into what these boys from St. John's are on but it's a little heavy on the ambient R&B vibe compared to what I was thinking it would be - some rappers from Newfoundland shattering misconceptions. They shattered my own in an entirely different way.