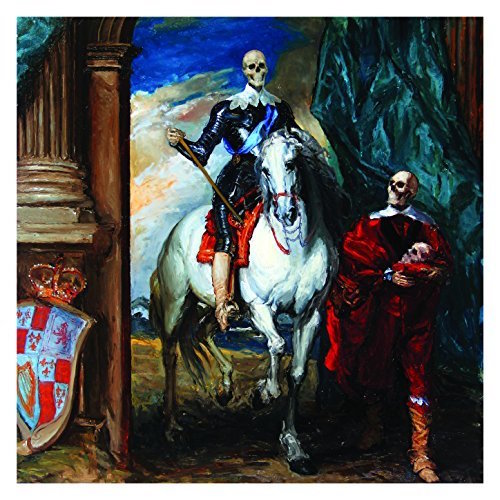 Unlike most establishments, hip-hop doesn't place an "off limits" sign on the topics of politics and religion. Well, religion is too broad of a word, so instead, the term "belief system" is more appropriate. Many hip-hop artists use their rhymes to make references to their own belief systems, most often those of Five Percenters or the Nation of Islam. Belief in the Judeo-Christian system gets nods from time to time, but not with as much prevalence as the aforementioned two. But no matter which belief system rappers embrace, they all commonly use it in their attempts to reconcile it with their rap personas. But what this does is shed light on their own dichotomy, and thus proving that they're more than one-dimensional. Connecticut emcee/producer Apathy falls into this category and his latest release, "The Widow's Son", takes time to delve into his own belief system: Freemasonry. The widespread mainstream thought which typically links Freemasonry with an idea of the Illuminati has given the fraternity and its customs a skeptical reputation. But Apathy shows that he can correlate it with the hip-hop he creates, being as much of a battling wordsmith as he is creatively informative. Also, it should be noted that his Freemason references do not begin here. His 2014 album "Connecticut Casual", ended with "The Grand Leveler", whose accompanying video was filled with Masonic imagery and symbols.

Even before his 2006 full-length debut "Eastern Philosophy", Apathy's brand of hip-hop was always inextricably inspired by the '90s aesthetic: Hard beats with hard drums and dusty samples and hardcore intricate lyrics on top of that. He's a master at braggadocio rap and topical rhymes, often digging deep when it comes to the latter. He's always applied his production skills to his own projects and "The Widow's Son" is no exception. He handles four of the fourteen tracks, with Stu Bangas trailing in second place with three of his own. He's also enlisted veteran east coast producers such as DJ Premier, Pete Rock, and Buckwild to complement his aggressive style. The self-produced "The Spellbook" has his customary pop culture-referencing battle rhymes over a guitar sample-driven beat that has a full moon-horror movie feel. It's worth noting early on that nearly every track contains a dialogue sample as its ending, allegedly to drive the point home about an esoteric correlation between hip-hop and Masonic cultures. As with most albums, some songs will inevitably come stronger than others. On "The Widow's Son", the strongest tracks tend to be the collaborations and the ones with subject matter usually avoided by hip-hop. Strangely, the Stu Bangas-helmed "Chaos" doesn't fall into that category, as the exultant horn sample that the beat is looped with is what captured me about the song the most. Apathy is behind both the boards and the hook on A.G.-assisted "Never Fall Off". Nottz Raw utilizes piano and flute samples on "Alien Weaponry". A slight reference to his former moniker of Apathy the Alien Tongue, it also alludes to his ability to examine concepts foreign to hip-hop. However, none of those hit with as big of an impact on this listener as the latter half of the album did.

The best-produced tracks are courtesy of some of the guest beatsmiths and Apathy himself. "The Order" is laced by DJ Premier and his production here is more like his trademark sound than his recent work as part of PRhyme does. Buckwild provides a layered boom-bap beat on "A View of Hell (Hell of a View)" which has impressive DJ scratching as its coda. Hip-hop elder statesman Pete Rock lends both his vintage magic touch on the MPC and his vocals for the hook on the tradition-preserving "I Keep On". The single features effortlessly tongue-twisting verses from Pharoahe Monch, who unapologetically proclaims that he's stuck in the '90s:

The martial arts-inspired "Fist of the North Star" contains Stu Bangas' best beat out of the three. Guitar-driven, the beat is ripped apart by the appearance of the brutal Long Island rapper Diabolic. Though his delivery and rhyme schemes outshine Apathy's, it still makes real the possibility of the long-delayed Sleeper Cell collaboration between the duo. The third single has a Snowgoons feel to it (though Apathy produced it) and features M.O.P. and Celph Titled. Titled "Stomp Rappers", the crunching guitar sample which builds the beat induces the mean-mug face in serious hip-hop listeners. Of everyone, Celph has the most lethal wordplay while M.O.P. starts off their verse by bigging up their Brooklyn borough with a Beastie Boys reference: One of the best collaborations is "Rise and Shine" featuring Locksmith. Both he and Apathy perform verbal acrobatics over a soul-sampling "The Blueprint" era-inspired beat courtesy from Apathy. Apart from the Chumzilla-produced title track which featured fellow Demigod Ryu's throaty delivery and flow, the other track that's a direct Masonic allusion is "Legend of the 3rd Degree". Perhaps the album's darkest beat, it has Apathy applying Freemasonry tenets to his mastery of his rap skills. Skull symbols are made through out the album, from the skeletal horseman on the cover to the mention of Memento Mori. Speaking of which, the album began with him declaring death to rappers and closes out with "Obi Wan", a longing acoustic-driven track courtesy of Smoke the World. On it, Apathy provides a tribute to his deceased father, which is a trend this listener is delighted to see considering the abundance of rappers who bash their absentee dads.

Though still in the first quarter, 2018 has started off with some very good hip-hop releases. "The Widow's Son" has a quality that allows it to be counted among those releases. Though Apathy rapped a line earlier in the album that goes "rap isn't getting better, ya'll just used to poorer quality", the truth is that anyone who complains that there's no new great hip-hop isn't actually looking. A close look at the title is a reference to a Masonic fable about loyalty and Memento Mori. The album makes it evident that Apathy is loyal to hip-hop traditions about being the best at his craft and that he deeply understands that death is a fact of life.