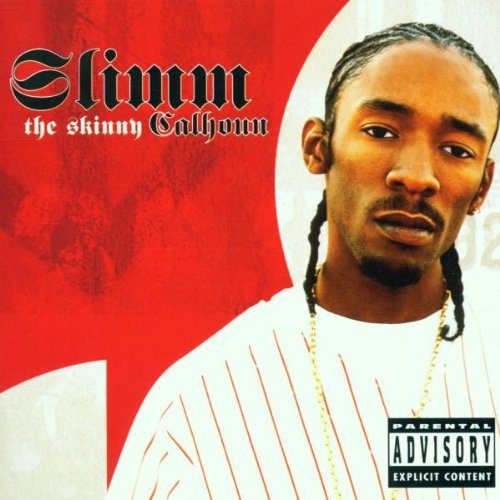 The C is not just for Cool Breeze anymore — the smoothest Cutta in camp is so Slimm he’s positively “Skinny”. The latest ambassador from the Dungeon Family has been hanging around the crew for more than a minute; even written a hook or two (sound familiar?) but only recently branched out on his own on “High Schoolin'” from the Light it Up soundtrack.

Now that OutKast has launched their own Aquemini Records, Slimm has become the debut artist for their fledgling label. OutKast promises to “bring the freshest talent to the world [..] nobody has ever seen before” and Slimm seems to be a step in the right direction. Living up to his name, Slimm has a diction to his flow that isn’t heavy or hard to follow and smooth linguistics on songs such as the ethereal “Worldly Ways.”

“My mind got thoughts in other galaxies
Fantasies on fallacies, dreams of million dollar salaries
so you know how it be, hope I ain’t far from reality
cause you can’t be seein what I see..”

The lead single “It’s OK” featuring Andre ‘3000’ Benjamin from OutKast has Slimm getting his cut on for some bump’n’grind with the lonely ladies of his choice. It’s a fairly typical topic for Southern rap but Slimm’s style and the sleazy bassline will keep it krunk in the clubs. A more inspired choice for a second single would be the spacy sounding “Red Clay” where Slimm gets distinctly abstract with allusions he is “tougher than leather but smooth like suede” and has “power to crush you like the Abominable Snowman; then grind yo’ ass like glass back to sand.” If you’re gonna brag on some shit, you gotta do it like none has done before – Slimm has grasped the importance of this concept.

Fans of the Organized Noise sound will appreciate the high quality of production throughout Slimm’s album. Songs like the haunting “TimeLock” and the up-tempo “Why Ya Smilin'” showcase the versatility of their style and power of their sound. Slimm has the same lyrical versatility when he goes from gangsta on “Dirt Work” with Big Boi to a somber look at how hard the streets are on “That’s Life”.

“Count your blessings, put ’em all on the line
Reality’s deeper, than your average grind
Some get stuck all day, burnin pine
See life’s bigger than a smokestack
some of y’all don’t know that? That’s your hold back”

It’s not easy to see which way Slimm Calhoun’s is headed at this early stage in his career, but “The Skinny” is a promising start. If the Dungeon Family has learned from the mistakes made in promoting Cool Breeze and the Witchdoctor (which is also as much to blame on A&M and Interscope, respectively) then Aquemini Records’ first release will be their first hit. Slimm’s well produced record and “verbal juice on tracks” make this success possible.