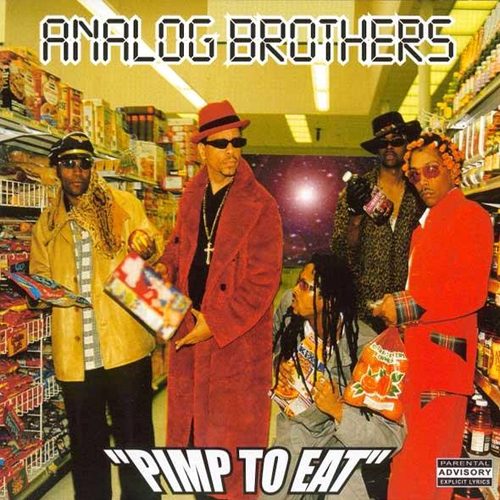 his review comes with a disclaimer – if you’re not a fan of Kool Keith, you should probably stop reading now. This record will not appeal to you. If you’re familiar with the brand of insanity Keith practices musically and lyrically you may pass go, collect $200 and a copy of Black Tail magazine.

From the intro onward Keith (now calling himself Keith Korg) is up to his usual bag of tricks. Rapping about “jerking off in the swap meet” and recording reel to reel “Ampex in the graveyard, my dick stay hard” his style is almost a straight continuation of his work on Dr. Octagon. What IS surprising though is that he somehow roped fellow rap veteran Ice-T into joining the insanity with an alter-ego of his own called the “Ice Oscillator”. Make no mistake – he’s trying to be scientific and obtuse, but you’ll still recognize his voice and style. The strangest thing is that it’s not that bad – especially when he raps lines like “so far ahead, we’re behind you” – he doesn’t sound at all dated or out of place as a member of the Brothers.

The entire album is produced by Kutmaster Kurt (a.k.a. Kirt Kurzweil Matlin) and tends to blend together musically in places – but none of the beats come off extremely wack like some of Kool Keith’s own noodling on a 48-track. Aside from the intro, the most unique and enjoyable tracks are “More Freaks” (Ice Oscillator gets very pimpish on this one), the relaxed sounding “So Bad”, the bizarre “Perms Baldheads Afros & Dreds”, “Country Girl”, and “We Sleep Days” with Jacky Jasper among others.

Consider yourself fairly warned – if you’re not into weird raps, weird rhymes, weird synthesizer effects and mostly dope beats then Analog Brothers 5 is not the album for you. For Kool Keith fans though this is an audibly greater improvement over his most recent release “Matthew” and the raps of members Ice Oscillator, Silver Synth and Mark Moog give the album the variety it needs to keep from getting boring when Keith repeatedly delves into sex topics. Step into the digital age with the Analog Brothers; the concept is a winner.