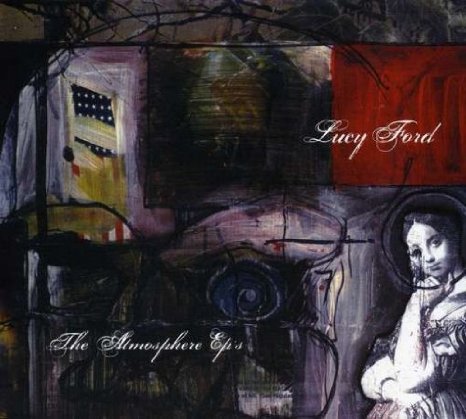 The 2000 has been a good year for the Rhymesayers crew. Finally they’ve put some wax out, as well as launching a fairly extensive tour and entirely redoing their website (which, one of these days, may be finished). For those that don’t know, RSE is an innovative hip-hop crew representing the frigid twin cities, Minneapolis and St. Paul. Members in RSE include Slug (of Deep Puddle Dynamics), DJ Abilities (who I’m pretty damn sure won a DMC somewhere), Eyedea (the 17 year old Skribble Jam/Blaze Battle champ) and a slew of others. What I’ve always dug about this crew is that they bridge the gap between straight battle emcees and more abstract rappers. Slug’s work spans from the self-explanatory underground classic “Scapegoat” to concious odes of lost loves and dope lines like “on and on and two steps ahead/just a pawn named Sean, took yer queen when you fled/checkmate.” For those who want to find more interesting extensions of hip-hop but don’t quite feel Sole or Dose One, Rhymesayers is for you. Conversely, I know lots of people who really dig poetry but hate rap blindly, who have been converted to hip-hoppers through RSE.

Jel has beats, but I don’t always like them. So I wasn’t thrilled when I saw that he produced two of three cuts on here and expected Slug to drift towards the weirder side of things with Dose One’s producer behind the boards. “Free Or Dead (Ford 1)” is a pleasant surprise though, as Slug reflects on his car over Jel’s weird reggae-tinged organ sounding thing. The rhymes are mad nice and the beat is too, altho really slow. The A.N.T.-laced “Party for the Fight to Write” comes next and is easily my favorite on this record. Slug spits lines as confusing as they are dope, but the hook is classic: “Some got pencils and some got guns/some know how to fight and some of them run/we don’t all get along, but we sing the same song/party for the fight to write (right on!)” The final song, “They’re All Gonna Laff @ You,” has a fucked up dirty beat from Jel. It’s not terrible, but it’s really short. I like the idea of songs that are one long verse and Slug’s desperate tone make it interesting, but a lil too abstract for my tastes.

My favorite of the two. ‘Ford 2’ opens with what sounds like the sequel to “They’re All Gonna,” which, in case you’ve forgotten, closes out ‘Ford 1.’ It’s got another strange beat from Jel, which I’m not really feeling, but the rhymes this time around are more interesting. Slug starts by narrating more exploits in his car, the highlight comes when he starts robbing suburban gardens. Not many emcees can rhyme about “getting in touch with yer farmland” and make it sound dope. He does so by finishing the verse poetically, “set dinner for one under the moonlight.” “The Woman With the Tatooed Hands” is the next song and the highlight of ‘Ford 2.’ Tight beat by A.N.T. and dope as hell storytelling by Sluggo. “Nothing But Sunshine” would be one of the best rap songs ever made if it weren’t for the cow part in the middle…and many of y’all already have it on the Anticon compilation, “Music for the Advancement of Hip-Hop.” The B-side’s got one more joint, “Travel,” which is Slug giving shouts across the country. He lifted the hook from an older RSE song which was much nicer and the beat is pretty weak. But if you like Slug, you can check out some of the other cats he mentions.