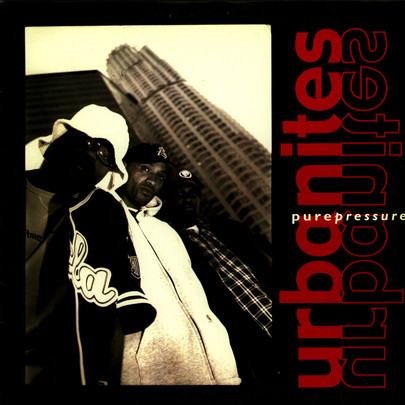 Recently, the New York underground scene has seem some pretty scandalous changes. The underground staples on Rawkus all blew up and now noone knows how to define ‘keeping it real.’ MTV seems to have figured out that calling rap ‘hip-hop’ makes it more acceptable to easily duped backpackers, increasing the confusion. The gap left for pretentious white kids has been filled by the increasingly abstract all-stars on Def Jux and Anticon, widening the distance between the underground and the mainstream, and even stretching the definition of rap. With all this turmoil, where do you draw the line between liking/disliking something on principal and actually appreciating good music? It’s so hard to be an intelligent rap fan sometimes. Just kidding…anyways, in the midst of all this upheaval, Cali has kept quiet, while all the same churning out reliably dope product from a number of notable crews. Del and Heiro have dropped some extremely nice product, with Del’s last two projects (“Both Sides of the Brain” and “Deltron”), plus hot shit from Souls of Mischief and Pep Love. Aceyalone will hopefully get around to releasing the long awaited “Accepted Eclectic” soon, even if it is ironically distributed on Rawkus. Automator’s numerous projects on 75 Ark have been equally consistant.

Accordingly, “Pure Pressure” by the Visionaries affiliated Urbanites is no exception. It’s short, at only seven tracks, but Blak Forest, Burn Unit and (insert emcee here) make up for quantity in quality, like inverse Wu style. All three emcees have strong voices and switch off often for an old school feel. The verses in all tracks seem to just keep going, interspersed with haphazard choruses, making every one feel like a cypher that noone wants to break…some tight shit. Lyrically, all three are pretty nice, coming through with some of my favorite lines in a minute, like “sucka, I served without words/just stood around and thought about it” from “Lyrically Liable.” With the exception of “The Most” (the obligatory anti-jiggy track), the topics on this EP don’t stretch much beyond straight battle raps, but it’s short enough that this doesn’t really hurt the album. When it does start to get old, Visionaries stop by on “Associated” (with Rhettmatic on the cut and the sick, sick beat!) to finish off the album with some new life. Even 2Mex, who I usually can’t stand, comes nice off here:

“Pure Pressure” is a nice little EP by an extremely tight trio of emcees from the ever-consistant wesside. So if you’re sick of trying to figure out who you’re supposed to like in New York, give yourself a break and go cop this.