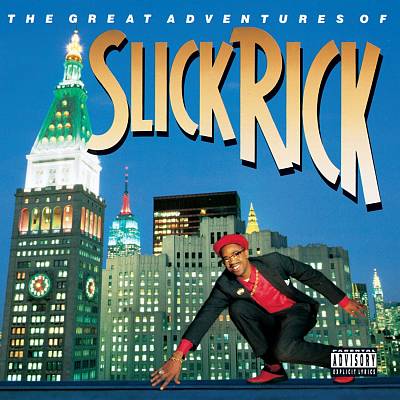 It really started back in ’85. With the exception of a few acts such as the Beastie Boys and Run-DMC, rap music was still dominated by cats wearing cheesy sweatsuits and the same flow utilized by the Sugarhill Gang and Kurtis Blow. This was the year the man known as MC Ricky D, collabing with Doug E. Fresh and the Get Fresh Crew on one of the most famous 12″ A and B side singles in hip hop history, “The Show/La Di Da Di”. Marked by a distinct voice and a flow unlike anyone else had at the time, Ricky Walters was a breath a fresh air.

1988, smack in the middle of what is often referred to as the Golden Age of hip hop. And MC Ricky D, now known as Slick Rick the Ruler, after three years on the backburner, was about to return and have an impact on the game that is felt to this very day.

The lead track of The Great Adventures “Treat Her Like a Prostitute” is a prime example because it works on so many levels. On the surface, it appears to be nothing more than a humorous, slightly misogynistic song about chicks cheating on their man. Look deeper, though, and you’ll find that the true message Rick is sending to both males and females, is that if you rush into relationships, you might get burned. Still, the fact that the song teaches a lesson did not prevent it from sparking controversy. Lines like: “That’s not the half till you start to ride her / Take off your rubber and there’s one more inside her! / It’s not yours? Who could it be? / I think it was a slick rapper, his name is MC Ricky” essentially introduced the mainstream media to hip hop’s raunchier side. This type of subject matter had before been relegated to underground rap, but now was on a hit album that would be certified platinum less than a year after its release, a much bigger deal for a hip hop album then than it is now.

This album, though, will always be best remembered for song that created the blueprint for modern storytelling raps. “Children’s Story” is a masterpiece that is sounds as fresh today as it ever did; it were re-released as a single, it would be as big a hit now as it was the first time around. Everything on this song is perfect: Vance Wright supplies a superb beat, and no one has ever made a story rap flow as effortlessly as Rick did here. On top of that, this song coined SO MANY famous hip hop phrases it’s not even funny.

Perhaps the most slept on song of the album is “The Moment I Feared.” Despite the darkest beat of the album, it is full of witty narratives and hilarious moments. The X-rated “Indian Girl: An Adult Story” is a small masterpiece in itself, given Rick spends most of the time perfoming dialogue between male and female characters, with voice inflections and all, and caps it off with one of the funniest endings an song’s ever had.

The hit singles “Teenage Love” and “Mona Lisa” are two songs that, like “Children’s Story”, still sound fresher than most NEW material released. The former is a heartfelt song with Rick dropping his wisdom on young love; the latter is a light-hearted, humorous tale of Rick macking on a fine lady in the pizzeria as told via Rick’s witty story flipping skills:

“And when I smiled – BING! – I almost blinded her
She said, ‘Great Scot, are you a thief?
Seems like you have a mouth full of gold teeth’
Hahahaha, had to find that funny
So I said, ‘No child, I work hard for the money
And calling me a thief? Please, don’t even try it
Sit down, eat your slice of pizza, and be quiet”

Rick the Ruler staked his claim to the throne with the shit talking opus, “Lick the Balls”. Rick for the most part, Rick avoids complex metaphors and similes, instead taking advantage of one of the most arrogant-sounding voices ever to grace hip hop and just talking trash. Perhaps the best line to sum up the song is: “Shit on motherfuckers, then I tell them who the fuck I am / My name’s Rick, so now you know who’s ruling it”. Songs like “The Ruler’s Back,” “Let’s Get Crazy,” “Kit (What’s the Scoop)”, and “Hey Young World” are obviously old school… not because of the beats or the flows, but the subject matter. They are too light hearted, positive, and/or good natured to be released on a rap album today. For example, “Hey Young World” is a reggae-flavored song about respecting your elders and taking responsiblity for your life. A far cry from the “fuck the world” raps that clog the scene today.

Equally amazing as the groundbreaking lyrical styles showcased here are the beats. For the most part, Vance Wright’s (who produced or co-produced every track) production is very modern sounding, and not in a negative way; the beats from “Children’s Story”, “Mona Lisa”, “Lick the Balls”, in particular, would not sound at all out of place on the radio today; the fact that many of the beats on this album have been sampled into hits is further evidence of that.

Slick Rick’s contributions to hip hop may not be recognized by the “average” fan these days, but within the industry, he is is undoubtedly one of the most respected individuals of all time. Superstar artists, the likes of Nas to Snoop to Raekwon to OutKast have all listed Slick Rick as one of the biggest influences on their styles and careers. Past music, though, Slick Rick re-defined the image of a rapper with this album. Fur coats, velvet suits and silk shirts, gold and diamond grills, and gator shoes: Slick Rick was one of the flossiest in the hip-hop game, one of the original Big Pimpin’ MC’s.

There are no chinks in Slick Rick’s armor; he does everything well, and this album showcases all of his abilities. The fact that this is an excellent album anyway is only magnified by the enormous impact it had on rap music. This is, bar none, the most sampled and bitten album in hip hop history, and there are basically three reasons for that: it appealed to both underground and mainstream, it had dope beats, and it had one of the best and most charismatic MC’s ever to grace the mic at his best. Two words: timeless classic.