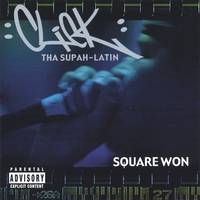 Anybody remember that stellar debut album by The Roots beatboxRahzel? Remember those fat rhymes he had that all the lyricists coast to coast were jocking? Remember how everybody said, “Damn, I didn’t know Rahzel could get down like that with the lyrics too?”

If you remember it that way, then you’re probably either Rahzel’sBIGGEST fan, or unabashedly jock anything to do with The Roots. True, Rahzel’s album wasn’t exactly an embarassment, but nobody wrote a letter home to momma saying, “Golly gee I thought I’d heard rapping before but Rahzel is THE GREATEST RAPPER EVER!” Didn’t happen. Most people remember the illed out beats, his impossible to duplicate DOUBLE beatbox where he did the beat AND the singer’s vocals, and his duet with Erykah Badu on “Southern Girl.” The best you could say though was that Rahzel released a fun album – an album showcasing incredible beatbox techniques and mostly decent lyrics. A whole live album of Rah’s techniques or of Rah beatboxing for other folks would have been dope – but as a rapper he’s only average.

Click Tha Supah Latin is not exactly going to change the stereotype that great audible beat spitters are so specialized in their craft that they can’t bust rhymes. Like Rahzel before him, Click’s lyrics have novelty charm in getting to hear him flow, but will not get heads wide open. They have a tendency to be very simplistic in construction, such as his solo “The Park”:

“But – some don’t even try to understand the way I freak it
So all the ill advice comin out your mouth, partner keep it
Cause I’ma do exactly what I been (it ain’t a sin)
To be original, instead of always tryin to do what’s in
But it seems I can’t win (win), I must say this again (gain)
I don’t care what y’all say I stay true to the end (end)”

The fact Click flows well and has a decent voice (could be called a cross between J-Zone and Chino XL) shows he’s not embarassing as a rapper – which is really the best you could hope for. The more interesting tracks are his collaborative raps such as “Lunchtime” with Jurassic 5 (he also provides the beat), the excellent “Sandstorm” with Medusa, the hilariously ill “Family Freestyle” and the bouncy duet with his son “Diferente” featuring a tight flute by Louis Taylor. Click deserves extra props for mixing and producing all of the songs on his album, “except where noted ($) produced by Jah Bluez” – I just can’t find that ($) though no matter how hard I search the liner notes for it!

The stone cold truth though is that this album may be a hard sell. There is a certain awareness of Click in the underground, due to his work beatboxing with Jurassic 5 and Styles of Beyond, but he doesn’t have NEAR the national exposure Rahzel did through Roots albums, shows, and videos when he decided to go for delf with a solo LP. Click is just as good a rapper, and might even be as good a beatbox – he just needs to show it off more. There’s a dope “Beatbox Break” on the album, some props given to this under-represented artform on “The Fifth L.E.” with Reignman, and a “Jugglebox” DJ collaboration, but it’s just not enough. The well-produced beats of “I Have” and the “Get Live (Remix)” are definitely for the heads though – if they’re even checking for another rapping beatbox. Personally I’m still waiting for the ultimate beatbox album – ten tracks of aural noise by Doug E. Fresh, with ten of the greatest old school rappers rapping on each track. As aBONUS track, Doug E. Fresh can rap – but only if he does his own beat.